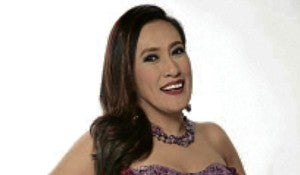 Gerald Sibayan, who is taking up Sports Management in DLSU, was named “Rookie of the Year” by University Athletic Association of the Philippines (UAAP) in 2012.

When asked by PEP through Facebook chat if he’s been in a relationship with Delas Alas, Sibayan reportedly replied: “Yes. God bless you.”

Delas Alas, who will turn 50 on November 11, currently acts as the manager of the DLSU badminton team.

According to earlier reports, Delas Alas did not want to reveal the identity of her new boyfriend but said that he was younger and good-looking.

Read Next
Cedric Lee, Cornejo, Raz win bail plea
EDITORS' PICK
Duterte vouches for Galvez: Why focus on alleged corruption in vaccine pricing?
New Year, New Rediscoveries
Experience clearer calls nationwide with Smart VoLTE
Vaccine nationalism puts world on brink of ‘catastrophic moral failure’ – WHO chief
Driving can be even more rewarding this New Year — here’s why
Norway advises caution in use of Pfizer vaccine for the most frail
MOST READ
Duterte to firms: No franchise until you settle your accounts with gov’t
7 copassengers of UK variant patient can’t be traced
3 things Leni can learn from Biden’s victory
#DefendUP trends after DND scraps agreement with UP
Don't miss out on the latest news and information.