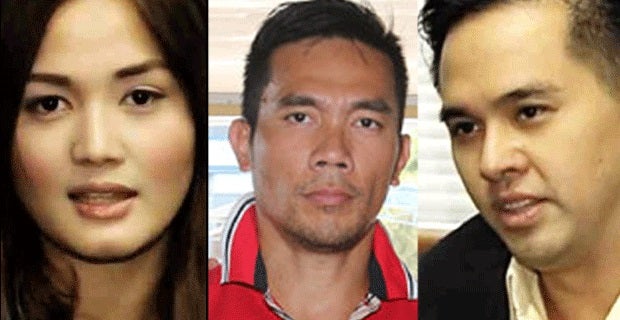 The court said while there was an immediate turn-over of Navarro by the accused to the police station for allegedly raping Cornejo and there is a possible demand for money in exchange for the release of a certain video and trashing of the police blotter, “it is clear therefore, that the motive  for that alleged illegal detention by the accused of the private complainant herein is unclear.”

“There are several hypothesis pre-offered for the single act of detention. This being so, although there is probable cause for the charging of the crime of serious illegal detention, the prosecution had failed to provide strong evidence that said illegal detention is actually serious or actually for the sake of kidnapping. In such a case, the court has the duty to grant the accused bail,” the court ruling stated.

The court added that since all the accused are “in such considerable financial condition as to afford a battery of well-known lawyers…The Court therefore deems the bail amount for each accused of P500,000 to be equitable herein.”

Meanwhile, lawyer Alma Mallonga, counsel for Navarro said they are very shocked by the court’s decision.

“We are very sure that a serious crime has been committed,” Mallonga said adding that they are very confident about the evidence that they have including the CCTV footage, Navarro’s testimony as well as that of the National Bureau of Investigation, among others.

She said they would file a motion for reconsideration to contest the decision.

“This is a big step in proving what we have been reiterating from the inception of this case which is the truth that our clients are innocent of the charges against them,” they said in a text message.