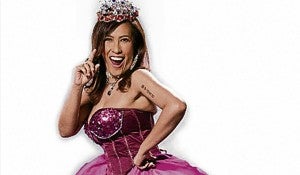 Businessman Jed Salang, who was sued by Delas Alas for violation of the Anti-Violence against Women and Their Children Act of 2004 and against whom the comedienne sought a permanent protection order (PPO) from the Quezon City Regional Trial Court’s Branch 94, filed his contempt petition on Thursday and it was raffled off to Branch 216.

Salang said that during the June 19 pre-trial conference regarding the case against him, Judge Roslyn Rabara-Tria issued a gag order urging the parties to refrain from making disclosures on the merits of the case to the media and social networking sites.

Tria said in her pre-trial order, “The parties, counsels and their privies are hereby directed to refrain from giving any interviews or comments about this case to the media, or social media networking under pain of contempt.”

“Yet, even after issuance of said gag order, Respondent (Delas Alas) appeared in different forms of media while peddling the merits of her case. This is in direct violation not only of the gag order but the sub judice rule as well, to the extreme prejudice of Petitioner (Salang),” he alleged.

He claimed that in the July issues of “The Buzz” and “Yes! Magazine”, information pertaining to the merits of the case against him were revealed.

In the Yes! Magazine article, he said, “The article features an interview of respondent… and discusses with appalling clarity and depth, issues pertaining to the merits of Respondent’s (Delas Alas’) case.”

Likewise he said that Delas Alas “appeared on television on June 23, 2013 in a segment in the program The Buzz aired by ABS-CBN Network and interviewed thereat. This is a blatant violation of the sub judice rule and the gag order.”

Salang alleged, “Her extrajudicial representations effectively engendered a negative perception against Petitioner (Salang) in the minds of the public, especially that she is a well-known celebrity. These representations tend, directly or indirectly, to influence the decision of the controversy and consist in unlawful interference with the proceedings in said civil case.”

He concluded his petition by asking that Delas Alas, after notice and hearing, “be punished for indirect contempt of court,” with a penalty deemed just and proper by the court.

The actress filed the complaint against Salang last May 24 and sought a temporary protection order to prevent Salang from coming within 100 meters of her, members of her family as well as staff and household members by at least 100 meters.

Judge Tria issued a temporary protection order for the duration of the hearings which includes a prohibition of any form of communication by Salang through text messages, phone calls or emails with Delas Alas.

The comedienne had claimed in her complaint that she was subjected to physical abuse by her husband on several instances before and after they were married. The couple got married on April 3 at a civil wedding in Las Vegas, Nevada and separated on May 2.