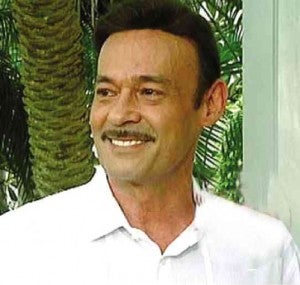 GIL. Embodied the best attributes of one of local show biz’s most gifted families.

We join Mark Gil’s family, friends and fans in mourning his demise at only 52 years old. In our view, he was one of the best actors in the land, aside from being a good and kind person and a great looker who embodied the best attributes of one of local show biz’s most gifted families, the exceptional Eigenmanns.

Mark’s star shone bright early on, with esteemed filmmaker Mike de Leon’s decision to entrust the lead role of his powerful antiinitiation film, “Batch ’81,” to the young comer when he was still in his 20s. The film “made” Mark as an exceptional actor because the role he undertook was seminal and difficult.

De Leon’s movie wasn’t just an indictment of violent frat initiations, but also a diatribe against martial rule itself, with the frat’s violence taken as a microcosm of the larger despoliation of the nation then incipiently making itself manifest and evident. As the film’s protagonist, Mark had to come up with a seminal portrayal that feelingly “represented” the nation’s pain and anguish, and he was completely up to the task.

In fact, his performance was so focused and intense that it came through as an achievement that compared well to pivotal portrayals in international productions, and we remember suggesting in our review of the film that Mark could explore his thespic options not just locally but internationally, as well.

Later on, Mark’s stellar career would have its ups and downs, but his talent continued to shine through. In the last, few years, he made fresh waves in maturity as a compelling actor in indie projects.

The last indie film we saw him in revealed him to be in top thespic form, even if the character he portrayed was an over-the-hill loser. Always an actor who gave his all to each of his performances, he came up with a painfully honest portrayal, baring not just his tormented body, but his very soul. That’s the way Mark always approached his “obligation” as an actor, so we weren’t surprised.

On a more personal note, we got to know Mark earlier than most because, in the ’70s, we tapped his beautiful and gifted mother, Rosemarie Gil, as one of the hosts (along with Pete Roa, Gigi Lacson and Bey Vito) of the pioneering TV magazine show, “Sanlinggo,” that we scripted and directed for PTV 4.

Rosemarie would sometimes bring her children to our taping and shooting sessions, so we first saw Mark, Cherie and Michael as lovely and spirited kids, and we found the entire family, including dad Eddie Mesa (a fine singer and actor in his own right) absolutely enchanting.

That early, we simply knew that all of the Eigenmann kids would also become exceptional performers and stars. —What we didn’t know was that their thespic genes would “power” another generation of dynamic players, including Mark’s son, Sid Lucero, who was named after the character he played in “Batch ’81,” and Andi Eigenmann.

Mark Gil may no longer be with us, but through them and all the other exceptional Eigenmanns, his thespic legacy lives on!