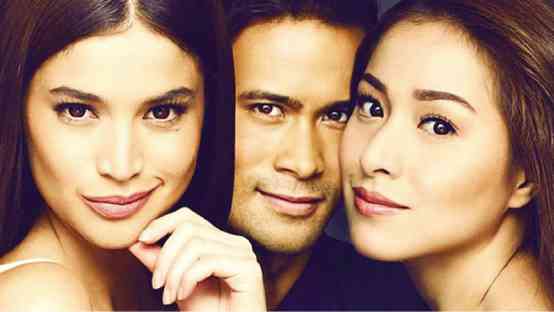 CURTIS, MILBY AND REYES. Shuttle between silliness and pertinence.

In the past, Anne Curtis had inexplicably won acting awards for roles (“No Other Woman,” “In Your Eyes”) that had more flash than substance. It’s only in Chris Martinez’s deliciously twisted comedy, “The Gifted,” that the actress manages to truly dig deep into the superficial artifice of her complex character and comes up with—her finest performance to date!

But, Anne couldn’t have gone the extra thespic mile without Cristine Reyes, who’s always been the more instinctive actress. As exceptionally brainy best friends, Aica Tabayoyong (Reyes) and Zoe Tuazon (Curtis) don’t have a lot of things in common: Aica is poor, pimply and impressionable, while Zoe is rich, obese and manipulative.

Their classmates avoid them like the plague—but, they don’t care, as long as they have each other. But, their friendship is soon torn apart by jealousy and blind ambition, especially when Zoe realizes that it isn’t much fun playing second fiddle to Aica, who consistently tops their class.

Enter transferee Mark Ferrer (Sam Milby). If Zoe can get the lazy but hunky new guy to provide romantic distraction for Aica, perhaps she has a shot at No. 1!

Things take a turn for the twisted worse 10 years later, when the makeover magic of medical science transforms Ivy League-trained neuroscientist Zoe and celebrated teacher Aica into ravishing visions of physical perfection. With their gloves off, who will get to laugh the loudest when the former BFFs meet again at their school reunion?

Martinez delivers a briskly paced comedic romp that manages to go beyond the campy excesses of its broad humor. He holds the film in equipose between comedy and cautionary drama, as it examines love, friendship and ambition—not an easy feat to accomplish with fervor and winking flair.

The film’s dark wit and kitschy verve are reminiscent of director Robert Zemeckis’ “Death Becomes Her,” novelist Warren Alder’s “The War of the Roses,” and feminist Fay Weldon’s fascinatingly perverse novels, like “The Life and Loves of a She-Devil.”

Not all of its jokes work, however. Be that as it may, the movie generates enough tension as we see Zoe manipulating everything and everyone around her, and triggers genuine emotions as it shuttles between silliness and pertinence.

Other than the fact that he’s too long in the tooth to play a high school student, the dashing Sam Milby has a difficult time satisfying the tricky requirements of his mysterious character.

Cristine’s character isn’t as dynamically written as Anne’s, but her characterization is believable and credibly limned.

Anne’s dark portrayal is as frightening as it is fascinating—even in a fat suit, you can see her eyes glint with disdain and sinister malice! But, while her character is nefariously sleazy, it also isn’t hard to empathize with her, because Anne imbues her futile actions with honesty and a palpable sense of desperation.

For the self-entitled Zoe, success is predetermined by a person’s genetic imprint—and “genuine” heroes are made of sterner stuff. So, if you’re soft and subservient, you’re dead meat!