Deniece Cornejo languishes at cramped CIDG detention cell until May 11 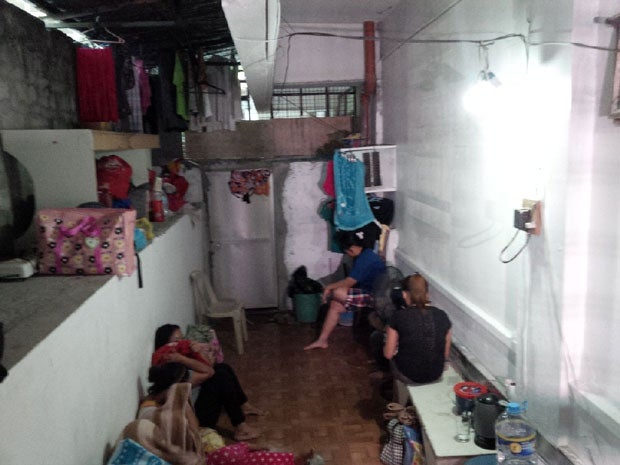 A far cry from a condo unit, Deniece Cornejo sleeps on a plywood mat in a cramped cell in Camp Crame. JULLINAE LOVE DE JESUS

MANILA, Philippines—A far cry from a posh condo unit, Deniece Cornejo shared a plywood‎ mat with a fellow detainee during her first night behind bars.

In a cell cramped with 14 female human-trafficking suspects, Cornejo was the 15th detainee at the Anti-Transnational Crime Unit (ATCU) of the Criminal Investigation and Detection Group (CIDG) at Camp Crame.

It is also at ATCU where she will spend five more days as one of the suspects for the illegal detention of actor Vhong Navarro.

She is facing serious illegal detention charges along with businessman Cedric Lee, Zimmer Raz, Jed Fernandez and JP Calma in connection to the Jan. 22 mauling of Navarro in her rented condominium unit.

Earlier Monday, Cornejo was presented to the Taguig Regional Trial Court (RTC) Branch 271 to return her arrest warrant following her surrender on Monday.

The Taguig RTC ‎committed Cornejo to the Bureau of jail and Management (BJMP) at the National Capital Region Police Office (NCRPO) but the her camp filed a motion to reverse the court’s decision.

While the court has yet to approve her motion, it issued a status quo ‎order, indicating that Cornejo will have to stay at the ATCU cell for five days.

Cornejo returned to the folds of law on Monday afternoon before the ‎Philippine National Police (PNP) chief Director General Alan Purisima after her brief stint as a fugitive. 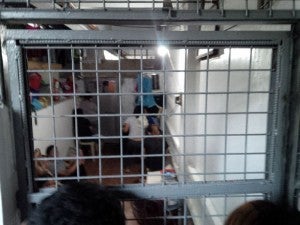 A total contrast to her previous lifestyle living in a plush condominium and mingling with the high society, ‎Cornejo will have to squeeze into a narrow cell packed with her fellow prisoners.

What one can see inside the detention cell is a makeshift bath‎room, some clothes of prisoners hung on a clothesline and a monobloc chair.
A police source said ‎the beleaguered model-fashion stylist had a fastfood meal for late dinner that her relatives brought during her first stay in jail on Monday.

At ATCU, it has set the visiting hours for its prisoners only from 1 p.m. until 5 p.m. on weekdays.

On Saturdays, the ATCU allows visitors from 9 a.m. to 5 p.m. while on Sundays, no visitors are allowed.

Cornejo, based on the court’s status quo order, will be temporarily detained at ATCU until May 11, Sunday.

Her co-accused, Cedric Lee and Simeon “Zimmer” Raz, are temporarily held at the National Bureau of Investigation compound.