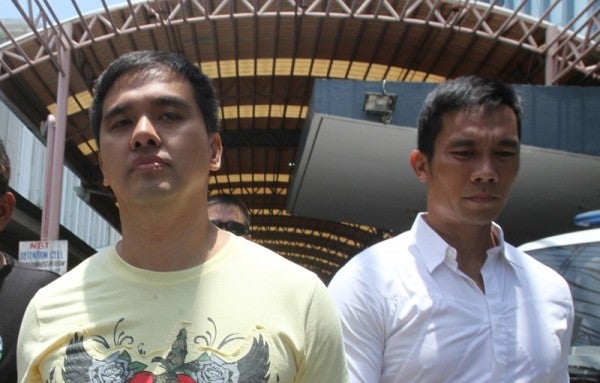 MANILA, Philippines—Businessman Cedric Lee and mixed martial artist Zimmer Raz on Tuesday appeared before the Taguig Regional Trial Court (RTC) for the hearing of their petition for bail and motion for continuance of detention at the National Bureau of Investigation (NBI), Radyo Inquirer 990AM reported.

Earlier this Tuesday, model Deniece Cornejo was brought to the Taguig RTC for her commitment order and the return of her warrant of arrest a day after she surrendered to police authorities.

Lee and Raz are temporarily detained at the NBI compound, while Cornejo spent the night in a cell at the Anti-Transnational Crime Unit of the Criminal Investigation and Detection Group, where she joined about seven to eight female suspects held for human trafficking activities.

The court has yet to decide as to where the three would be detained.

Lee, Raz, Cornejo and three others were charged with serious illegal detention filed by Navarro.