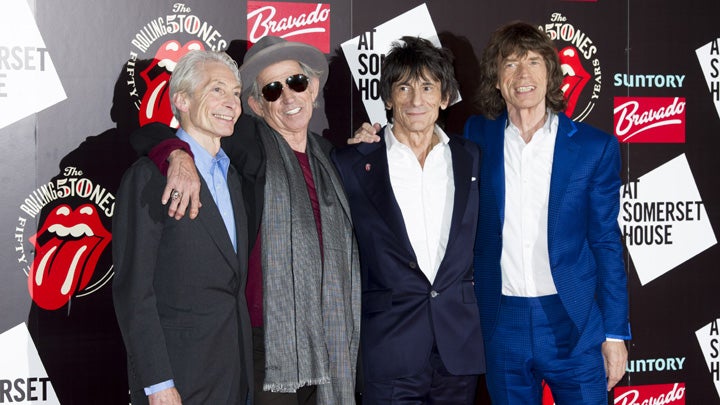 LONDON — The Rolling Stones have canceled the first date on their Australian tour after the death of fashion designer L’Wren Scott, Mick Jagger’s girlfriend.

The designer, whose company was heavily in debt, was found dead in her New York apartment Monday in an apparent suicide.

Concert organizer Frontier Touring said Tuesday that a Stones show scheduled for Wednesday in Perth, Western Australia, would not go ahead. There was no immediate word on future dates on the tour, including a Saturday concert in Adelaide.

Jagger’s representative said the singer was “completely shocked and devastated by the news” of Scott’s death.

Accounts filed by Scott’s LS Fashion Ltd. in London show the company had liabilities that exceeded assets by 4.24 million euros ($5.9 million) as of Dec. 31, 2012.

The company’s long and short-term debts totaled 6.75 million euros against assets, capital and reserves of 2.51 million euros, according to the accounts, which were filed in October.

Some of Mick Jagger’s past wives and girlfriends