Some of Mick Jagger’s past wives and girlfriends 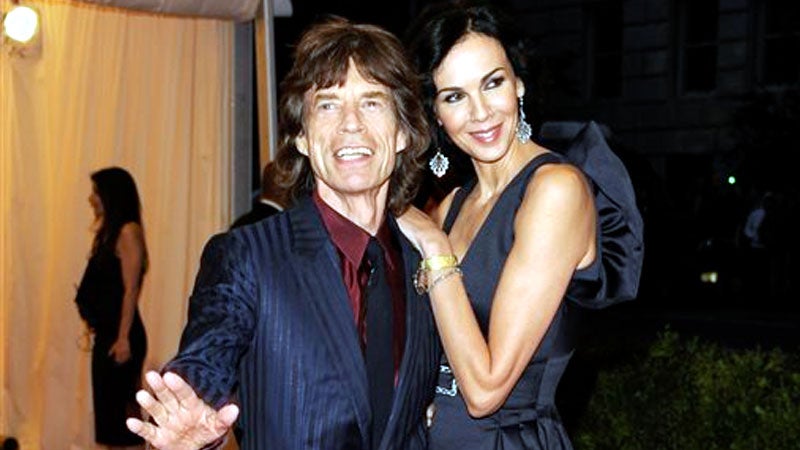 NEW YORK—Since becoming famous 50 years ago, Mick Jagger has had a series of high-profile relationships, most tragically with designer L’Wren Scott, who was found dead in New York on Monday in what was being investigated as an apparent suicide.

Here are some of his former wives and girlfriends:

—Chrissie Shrimpton: A leading British model he dated in the mid-1960s, just as the Rolling Stones were becoming superstars. The relationship ended bitterly, with Shrimpton later saying she attempted suicide over his alleged affairs with other women.

—Marianne Faithfull: She was a teenager when she met Jagger and had a hit single in 1964 with a cover of the Rolling Stones ballad “As Tears Go By.” They were one of rock’s most glamorous couples in the late ’60s, but the relationship came apart after she had a miscarriage. In 1969, she nearly overdosed on Tuinals, which are sedatives, and she struggled with drug addiction for years after.

—Bianca Jagger: Mick Jagger met Bianca Perez-Mora Macias in 1970 and they were married a year later in France, a jet set occasion with guests including Paul McCartney and fellow Rolling Stone Keith Richards. They had a daughter, Jade, but the relationship soon soured and they divorced in 1978. A native of Nicaragua, Bianca Jagger is now a prominent human rights activist.

—Jerry Hall: Jagger began seeing the Texas-born model while still married to Bianca. Hall reportedly inspired the Stones’ classic “Miss You.” They had four children, but allegations of numerous Jagger infidelities helped drive them apart and they split up in 1999. A 1990 wedding ceremony in Bali was annulled.