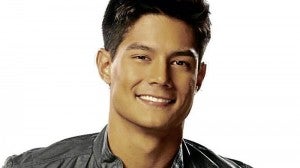 CLARK FREEPORT ZONE, Philippines — Fans and stars alike have converged on one “coolest” events in the Philippines.

“It was really nice, we came in a big group and we had a lot of fun and we are very excited for tonight,” Matsunaga said Sunday afternoon, the second day of the event. “It’s probably the coolest event… I’ve been in some concerts before but I think this is the biggest so far.”

Of the thousands who poured in at the concert grounds, Jasmine Curtis-Smith voiced the consensus highlights, Empire of the Sun and rock and roll Hall of Fame inductee Red Hot Chili Peppers.

Smith said that she expects a “really good crowd” and even better music.

“I am looking forward to a really good crowd and very good music,” Smith said, though she would turn down an invitation to jam onstage even if Anthony Kiedis would extend the invitation.

“I’d probably turn down the invitation, I don’t want to ruin the festival for everyone,” Smith said laughing.