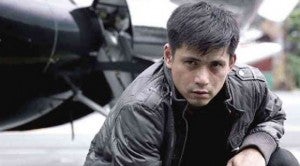 The Joyce Bernal action-drama “10,000 Hours” is the most awarded entry but is among the least watched of the eight competing films in this year’s Metro Manila Film Festival.

Loosely based on the life story of former Sen. Panfilo “Ping” Lacson, “10,000 Hours” romped off with most of the trophies, including best picture, at the awards ceremony held at the Meralco Theater in Pasig City on Friday night.

Sotto is a cast member of the Marlon Rivera comedy film “My Little Bossings,” which has been the top earner since the festival opened on Christmas Day.

According to records of the Metropolitan Manila Development Authority (MMDA), the film fest organizer, “10,000 Hours” is currently in the bottom four of the box-office race.

“10,000 Hours” was also the recipient of the Gatpuno Antonio Villegas Cultural Award, which is given to the film that “best portrays Philippine culture and the Filipino people to the world.”

It also won the Fernando Poe Jr. Memorial Award for Film Excellence for upholding “nationalism and the fight for the poor and the disadvantaged.”

Maricel Soriano, a no-show in the ceremony, won the best actress award for her performance in “Girl, Boy, Bakla, Tomboy.”

The best supporting actress award was handed to Aiza Seguerra for her work in “My Little Bossings” while the film’s lead star, Ryzza Mae Dizon, won the best child performer trophy.

Inspired by the growing number of independently produced films, the MMDA came up with a category for the independent genre in 2010 and called it New Wave. This year, the drama “Dukit” won New Wave best picture and Armando Lao, best director. Actors Bambalito Lacap, Willy Layug and Bor Ocampo shared the best actor award.

Optical Media Board chair Ronnie Ricketts received a special recognition from the MMDA for his campaign against film piracy.