MANILA, Philippines – It has been 39 years since the Metro Manila Film Festival awarded its first Best Picture trophy to Joseph Estrada’s “Diligin Mo ng Hamog ang Uhaw na Lupa.” But, the most closely watched entries then were those of screen queens and erstwhile rivals, Nora Aunor (“Batu-Bato sa Langit”) and Vilma Santos (“Karugtong ng Kahapon”). (They both turned 60 this year.)

The latest edition of the festival is raking it in at the tills (led by, in this order, “My Little Bossings,” “Girl, Boy, Bakla, Tomboy,” “Pagpag” and “Kimmy Dora”), and seems to march to a different drummer—there’s no “Panday,” “Enteng Kabisote” or “Shake, Rattle & Roll.”

Unfortunately, its eight-entry lineup fields variations of the same themes that, while they’re more entertaining and better-told, are as generic as ever: 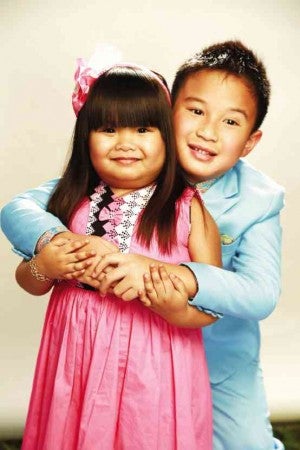 The presence of the cute-as-a-button Dizon, as obese “orphan” Ching, is the cherry on top of “Bossings’” crowd-drawing comedic cake (her “run-in” with wasabi is downright hilarious)—but, the production’s otherwise appealing package is compromised by shameless plugs and product endorsements (almost 20 of them).

Beside Aling Maliit, the young Aquino heir looks wet behind the ears in acting, but he more than makes up for it with his strong presence.

His takes on the lesbian and straight male characters aren’t always convincing, but you won’t see a pluckier thespic high-wire act this year!

No director has coaxed a more believable portrayal of a gangster from Jeorge E.R. Estregan than Chito Roño in the noirish but needlessly protracted actioner, “Boy Golden: Shoot to Kill, The Arturo Porcuna Story.”

But, the production’s bigger draw is KC Concepcion, who has never been lovelier, lighter on her feet, and more daring, as the transfixing femme fatale Marla D. She leavens the bile and vengeance that fuel the production’s dry wit, action-packed sequences, and stylish, color-bathed 1960s setting.

In the star-studded “Ang Kiyemeng Prequel,” Chris Martinez revives the “Kimmy Dora” franchise from the confounding shrillness of last year’s “The Temple of Kiyeme.” Eugene Domingo remains an effective emotional conduit that allows the tough-as-nails Kimmy and the saccharine-sweet Dora to lurch between farce and cautionary drama—but, the series, even as it trots out a diverting jumble of themes, may have run its course—because, as far as tone and pertinence are concerned, it feels increasingly superfluous.

“Pagpag” has more flash than substance, but benefits from the tween-hooking chemistry of Daniel Padilla and Kathryn Bernardo—as “frenemies,” rich boy Cedric and poor girl Leni.

Frasco Mortiz crafts his chiller more as a by-the-numbers pulse-pounder than an urgent survival piece. It is marred further by a morass of onerous plotting, hackneyed simplifications, and clueless characters who don’t see the over-obvious coming. It tries to pull out all the scarifying stops, but never fully engages—unless you’re a KathNiel fanatic.

Despite its tendency to be languorous, Francis Villacorta’s “Pedro Calungsod: Batang Martir” needs to be seen because of its neo-evangelizing tone and well-meaning intentions.

It’s a courageous albeit deficient attempt to demystify the faith-fortifying sacrifices of the second Filipino saint, boosted by the earnest portrayals of Rocco Nacino and Christian Vazquez.

Unfortunately, bad sound doesn’t bode well for a dance-themed movie (set ironically to the hit tunes of master rapper, FrancisM)—half the time, you’re straining to figure out what the characters are saying. Worse, it’s weighed down by its inability to generate excitement—in its storytelling and  on the dance floor!

Joyce Bernal’s “10,000 Hours” is a “true-to-life fiction” inspired by a “contentious” episode in the life of soldier-turned-senator Panfilo Lacson. 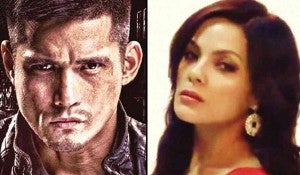 Set mostly in 2010, the movie follows fugitive lawmaker Gabriel Alcaraz (Robin Padilla) as he eludes the operatives of manipulative President Genoviva Martinez Obrero (Bibeth Orteza), who frames him up for the death of an NBI agent involved in kidnap-for-ransom and other criminal activities.

While it isn’t fully satisfying, Bernal’s provocative film manages to turn her protagonist’s exploits into a fascinating meditation on crime and punishment. It explores complicated issues in a compelling way—and, given Padilla’s own “runs-in” with the law, offers the actor a “relatable” resource to emotionally draw from.

Be that as it may, “10,000 Hours” raises more questions than answers—and we get the nagging feeling that there should be more to it than just its riveting cat-and-mouse chase scenes!