LOS ANGELES—Here’s part two of our list of interviewees who engaged us, and kept us from staring at the ceiling or looking at our watch:

“Cinemanila!,” Quentin Tarantino exclaimed in our recent encounter. “That was fun!” He was, of course, referring to the film festival in the Philippines that honored him in 2007.

What’s his bedroom and house like? “My house is full of accoutrements. But, the bedroom is kept clear of a lot of that. It’s the most uncluttered place. Off this room is my record room.

“It looks like a used record store, where records are filed in bins, into categories. That’s where I play my music and when I’m thinking about the movie I’m working on, working things out in my head.”

“I’ve had a wonderful life,” said the man who played US presidents Richard Nixon and John Quincy Adams, Pablo Picasso, Adolf Hitler and Alfred Hitchcock. “I’m happy to be alive. I would hate to be almost 76 and still working. I was asked, ‘Why do you take these parts?’ I said, ‘Well, it beats working.’ When I meet young actors, and they say, ‘What is your advice?’ I say, ‘Keep working.’”

He recalled his student days: “I was pathetic. I sat in the back of the classroom my whole school life. I didn’t know what they were talking about. But, it was a great gift because, in the end, I was so angry and enraged.

“I think in a way I made a certain choice. I thought, I will get my revenge. I will become rich and famous.” With a soft chuckle, he added, “Of course, they’re all dead now and I’m still here. So, there’s nobody around to revenge on.” 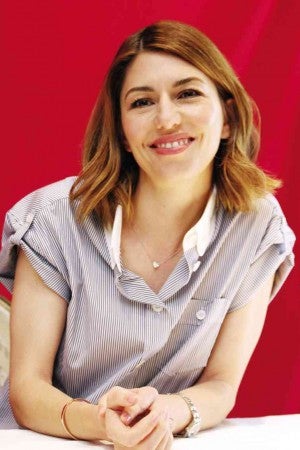 Imagine, director Sofia Coppola still remembers how to sing the “Lupang Hinirang” (the Philippine national anthem). We were floored when Sofia, speaking in her usual quiet manner, replied to our question on what she remembers about the Philippines when she and her family were there for the “Apocalypse Now” shoot: “I know the national anthem. I could sing it, but I won’t.”

“I have nice memories of the Philippines and its people. My nanny, who raised me, was Filipino. It was such a warm culture, and a beautiful place. I’d love to go back.”

On his sons—James, 10, who has Angelman syndrome, a rare neurogenetic disorder that impairs speech and motor skills, and Henry, 4: “James is 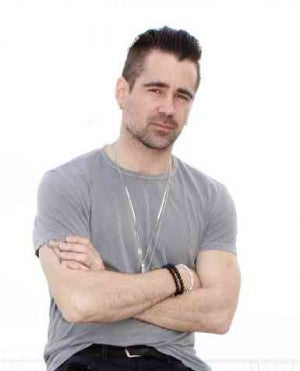 Farrel. His Angelman syndrome-stricken 10-year-old son is a constant source of inspiration and admiration. Photo by Ruben V. Nepales

one of the two greatest things that ever happened to me. There’s something a bit different when your child is born with a certain level of adversity. There’s a deep sense of not only love but also of respect.

“Yet, James’ condition is, as far as conditions go, really good. He has a happy life. He works really hard. A child’s first steps are seminal moments. If you’re told that there’s a chance your child will never walk those first steps, they take on a whole, new meaning. They go into another realm. It’s heartbreaking. So, James is a constant source of inspiration and admiration.”

Colin was all smiles, too, as he talked about his younger son. “Henry is completely different and so much fun,” he said. “I adore him just the same, and yet in different ways.”

The kids are also the reason that he hopes to slow down soon. “By the time I’m 45, I don’t want to be doing two or three films a year,” Colin declared. “I prefer to be at home with my kids.”

“Thank God for Filipinos! Salamat!” Michael Bublé exclaimed, then told me in Los Angeles why he was grateful to Filipinos.

Michael continues to feel the love when he encounters Filipinos around the world. “I don’t know how you guys do it—you’re everywhere,” he quipped. I told him that in fact, there’s a term for it: the Filipino diaspora.

The latest twist, he said, is that he now has Filipinos in his family. He had hired Filipino nurses for his grandparents, who are frail in health. “The nurses live with us. They’re very sweet.”

I told Bryan what his “Breaking Bad” costar, Aaron Paul (Jesse Pinkman), told me earlier in this interview in New Mexico. “No one knows this,” Aaron said, relaxing with a drink after a day’s shoot, “but Bryan never wears pants in close-up shots. He’s very proud of what is happening down there, and he thinks it is intimidating for all of us, in a loving way. From the belly down, he has nothing on.”

Bryan’s deadpan reaction: “First of all, never believe what Aaron Paul says. I cannot deny or confess that it is true.” But, he added: “There are times when levity is helpful to a group of people. We work long hours. Actors get tired; levity breaks the tension, so I look for opportunities. Plus, I love to have a good time.”