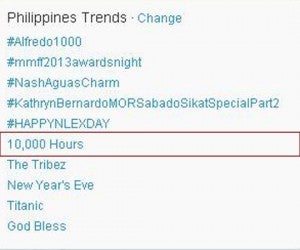 MANILA, Philippines – After bagging 14 awards at the 39th Metro Manila Film Festival (MMFF) on Friday, “10,000 Hours” starring Robin Padilla left many intrigued and wanting to watch the film on the big screen.

As of Friday morning, both the MMFF (#mmff2013awardsnight) and “10,000 Hours” continue to trend on Twitter.

Many netizens went to the social networking site to either express their support for or to ask about the film.

Lyka de Leon (@LyStyleProject) said, “10,000 Hours bags most of the awards last night. There must be something about this movie huh. Now I’m considering.”

Some said “10,000 Hours” was a “must-see” though others were not convinced that they should watch it. A number, however, expressed interest in the “Pinoy action film.” 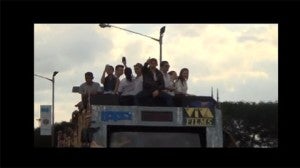 “10,000 Hours,” directed by Joyce Bernal, was inspired by how former senator and now rehabilitation czar Panfilo Lacson became a fugitive after his alleged involvement in the Corbito-Dacer murder case. He was later cleared of the charges filed against him.

The film won the following awards: