A biopic on National Artist Ishmael Bernal in the works

A biopic on the late National Artist for Film Ishmael Bernal is in the pipeline, to be written by Ricky Lee, produced by Joji Alonso and directed by Chris Martinez.

Martinez never met Bernal, but recalls watching a play (Anton Juan’s “Bacchae”) where the director was in the cast. He has also reviewed documentary footage of the filmmaker at work, and interviewed industry colleagues. 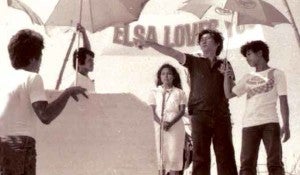 BERNAL (in dark shirt) on the set of “Himala” with his star, Nora Aunor (center). FROM THE BOOK, “SA PUSO NG HIMALA”

Recounted Martinez: “All the people I’ve talked to … who have worked with Bernal … have singled out his strong presence.  They told a lot of stories—his persona, his tantrums, his intellect.” Filmmaker Chito Roño told Martinez: “He was loud. Louder than I am!”

Martinez shared a favorite anecdote: “When he yelled, ‘Cut!’ the production shooting in the studio next door stopped work, too.”

Actor Ariel Ureta, who is in the cast of Martinez’s coming Metro Manila Film Festival entry “Kimmy Dora: Ang Kiyemeng Prequel,” quipped: “Bakulaw ’yun (He was a monster). But he was brilliant, a genius.” Ureta top-billed “Zoom, Zoom Superman” and “Si Popeye, Atbp.”—codirected by Bernal, Joey Gosiengfiao and Elwood Perez in 1973.

“We are not looking for someone who looks like Bernal,” Martinez stressed, “but someone who can distill the essence of Bernal—passionate, larger than life.”

Alonso, who produced the TV-movie “Karugtong ng Bukas,” which Bernal directed in 1994, described the ideal actor: “Intelligent, witty, dazzling, flamboyant. He should have a vigorous spirit, and  exude glamour and vitality.” 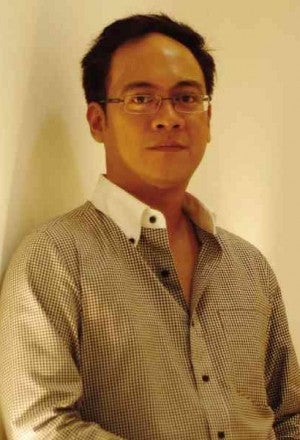 Martinez envisions the film as a tribute to his idol. He confessed, “I also admire [Bernal’s contemporary and fellow National Artist] Lino Brocka, but I will always be a Bernal kind of guy.”

Bernal played a pivotal part in his development as a filmmaker, Martinez volunteered. “His works showed me the power of cinema.”

He feels compelled to give thanks to “a man who devoted his entire life to art.” Martinez elaborated, “I owe it to Bernal … People should remember him and celebrate his works … especially those who were born after his time and never got to see his beautiful films.”

Lee remarked: “The biopic will be a peek into the intelligently crazy world of Bernal.”

Martinez said Bernal’s nephew, Bayani Santos, had given them permission to do the biopic, and that the script was being finalized.

Martinez would rather keep details under wraps, but relented after further probing: “We are focusing on a special chapter in his life.”

He said the goal was precisely to paint a truthful portrait. “A lot of biopics have been made [lately] … on heroes, politicians, even gangsters. Why are there no biopics on filmmakers and artists? It’s time to rediscover Bernal.”