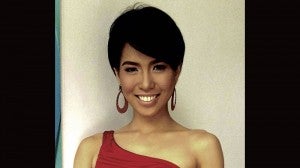 We couldn’t stop raving about the exceptional performances turned in by the gifted actors of “Katy” at its CCP restaging last month. We have directed our fair share of straight plays and musicals since 2001, and we know only too well how difficult it is to coax “even” portrayals from a huge cast with disparate skills and strengths.

We expected only the best from Isay Alvarez, Tirso Cruz III and Dulce, but there’s one other performer who blew us away: “La Diva’s” Aicelle Santos, who played the teenage and young-adult Katy to great acclaim. She is, for us, Philippine musical theater’s most exciting find in years!

Like Isay and Dulce, she is gifted with a hefty alto voice with an enviable reach and range. The singer-actress is one of the reasons why you shouldn’t miss the new production’s rerun at Meralco Theater, from July 25 to Aug. 4—because, if luck smiles at her anew, Aicelle just might be London-bound thereafter! 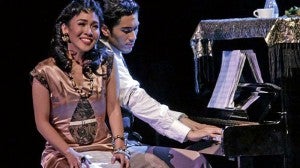 Aicelle exclaims, “I seem to be following in Ate Isay’s footsteps—I know I have big shoes to fill, and I couldn’t be more thankful for the blessings!”

The lovely, big-voiced performer isn’t just talking about sharing the role of Katy with Alvarez—along with Apple Chiu and Frencheska Farr, she has allegedly been shortlisted for Gigi (in “Miss Saigon”), the role originated by Isay at the West End in 1989!

Cameron Mackintosh’s popular musical is set to be revived for its 25th anniversary staging in London next year. 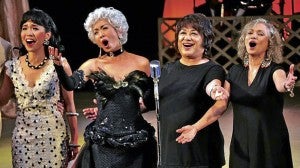 In the Filipino producti

on, we loved Aicelle’s fresh and unaffected take on the character of Tale, Katy’s monicker. Her feat was even more admirable because “Katy” was her first foray into the legitimate stage: “Gian (Magdangal, who portrayed the dashing Peping) suggested that I audition for the musical. I’ve always wanted to do theater—but, I didn’t act on it until my sister was diagnosed with stage two lymphoma.

“When I began hearing the word ‘chemotherapy’ and my family was faced with the reality of cancer, I realized how truly fleeting life is. My sister is better now, but seeing her lose her hair and suffer from the side effects of her treatment has convinced me to seize the opportunities that come my way. There’s no time to waste; I did it for myself—and for my sister!” 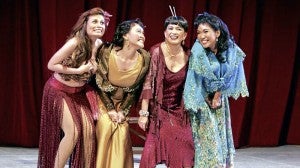 What has she learned from acting onstage? Aicelle beams, “Acting isn’t about playing yourself. A week before opening, I remember how worried I was about coming off weak in the coveted role—I knew I had to measure up to people’s expectations! Now, I’m more analytical—like, kung mababa ang delivery ko sa monologue ko before the ‘Balot’ production number, or kung mahina ang pagbato ko ng linya! When I watch clips from the show, I see what else I can work on.

“I always feel that there’s something lacking sa effort ko, but perhaps that’s healthy. Acting with seasoned performers keeps you sharp. The fulfilment that you get is exhilirating when you work so hard and it pays off—there’s nothing better than hearing the audience appreciate what you do. From the effusive praise to the standing ovation every night, my ‘Katy’ journey has been a learning—and humbling—experience!”