Is there safety in numbers in TV hosting? | Inquirer Entertainment
Close
menu
search

Is there safety in numbers in TV hosting? 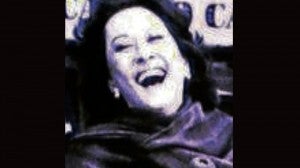 MANAHAN. TV hostess with the mostest.

Quite a number of TV program hosts start out going solo, but eventually decide to get a cohost. The latest TV personality to do this is Anderson Cooper, who used to host his eponymously titled daily talk show alone, but now has a different cohost each day. Thus, the general operative rule on TV when it comes to TV hosting is, “It takes (at least) two.”

Having hosted a number of TV programs, I can cite the comparative advantages and disadvantages of hosting a show alone, and with others: My first cohosting experience was with the Elvira Manahan, the TV hostess with the mostest in the ’80s.

It was clear to me that she was the main host, and I was happy to just give our show, “Two for the Road,” clearer focus and perhaps greater substance.

It helped a lot that we were good friends (I had written and directed her first nightly talk show in the late ’60s), so we worked well together, “bouncing off” each other to keep the show lively and “fun.”

In fact, we clicked so well as a team that, after I left the show to shoot a film in China with Eddie Romero, Elvira chose not to get a replacement cohost, despite the fact that the best male talkers in the business were all jockeying for the plum assignment.

Years before cohosting “Two for the Road,” I was tapped to host a weekly talk-magazine program about the arts and entertainment scene, titled “Night Out.”

At first, I did the one-hour show all by my lonesome, relying on interesting guests like Margie and Lulette Moran, and Pete and Boots Roa, to provide the entertaining chatter and banter.

After a while, however, I felt really lonely going at it alone, so I got my lively and voluble friend, comedienne Lilian Laing de Leon, to play my “upstairs maid” (complete with chi-chi uniform), so she could ditzily “intrude” into and thus enliven my conversations with my celebrity guests.

So, that’s it: Most TV hosts feel the need to have somebody else around to keep the banter going—maybe not an official cohost, but somebody like the band leader David Letterman chummily interacts with on his nightly talk show.

Trouble is, some programs have distended the format so much that they end up with something like 10 cohosts or segment hosts—which is clearly way too many!

The most over-populated shows these days are the morning and noontime programs, which have cohosts coming out of their ears! Yes, there’s safety in numbers, but this is ridiculous—!

Some TV producers and directors resort to multiple hosting, because they believe that each celebrity host will add his army of fans to the show’s total viewership.

More jadedly, however, multiple cohosts are tapped, because no single host is deemed competent or versatile enough to go it alone, so the different hosting tasks have to be distributed among many lesser talents.

This may be a pragmatic decision, but it throws the show’s focus out of whack. It could also result in excessive competition, as each “partial” host tries to grab as much of the limelight and airtime for himself or herself as possible.

No, the best way to go is to find one, two or, at most, three really competent and versatile hosts to do a show—and leave well enough alone!