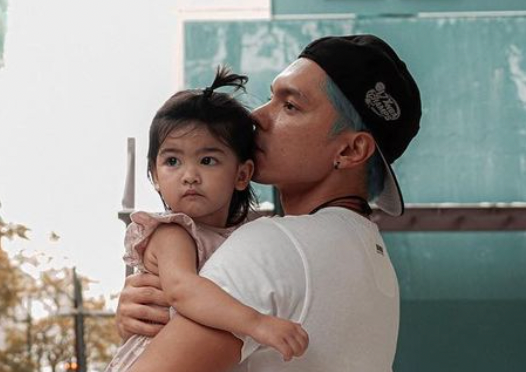 Carlo Aquino has opted to not publicly speak up about his co-parenting setup with former partner Trina Candaza, who recently claimed that the actor only gives “bare minimum” effort to fulfill his responsibilities to their 2-year-old daughter Mithi.

Ogie Diaz, who earlier did an interview with Candaza wherein she denied preventing the actor from visiting their daughter, said he reached out to Aquino to get his side but that the actor refused. Diaz talked about this with his co-hosts Loi Villarama and Mrena in a vlog on the talent manager-comedian’s YouTube channel on Tuesday, Jan. 24.

(Some netizens commented as to why [I did not make an effort to get] Carlo Aquino’s side on the matter. [Actually], I did.)

(Right after my interview vlog with Trina Candaza was released, I sent Carlo a message. I told him, “I am just trying [to ask] if I can have an interview with you,” then Carlo said that he’d pass this time. He said he wouldn’t be taking interviews for the meantime.)

Diaz stressed that he respects Aquino’s decision, adding that it might be the actor’s way to pacify the situation.

In her interview with Diaz, Candaza dismissed accusations that she does not let Aquino spend time with Mithi, which arose after the actor said that he had not seen their daughter since November last year. The model-vlogger also pointed out that she also works to provide for herself and Mithi and that Aquino’s financial support only covers half of their expenses.

Aquino and Candaza broke up in December 2021 after being in a relationship for three years. Meanwhile, Aquino confirmed earlier this month that he was dating actress Charlie Dizon. Prior to his confirmation, Aquino and Dizon were spotted together at a “holiday dinner” and on a La Union trip with the actor’s family.  /ra