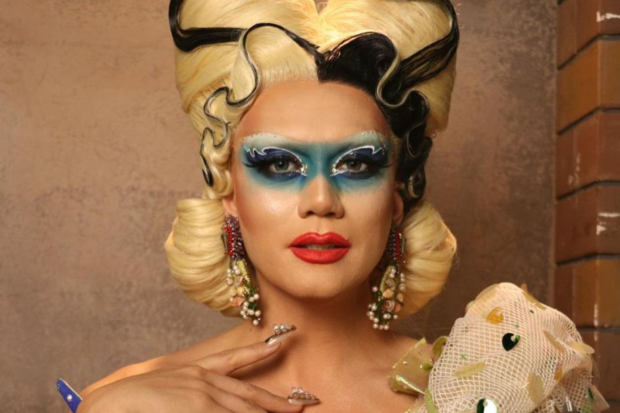 Filipino-American drag queen Manila Luzon admitted that she was very competitive during her time in “RuPaul’s Drag Race” and “RuPaul’s Drag Race All Stars,” but taking the reins of being a judge on “Drag Den Philippines” was an opportunity to support the local drag scene.

“I’m a very competitive person. I think a lot of Filipinos are very competitive. We always want to showcase what we’re all about. So, getting to be on a show like ‘Drag Race’ challenged me to put my best foot forward,” Manila said in an ambush interview with INQUIRER.net.

“And after doing it so many times without winning and getting the accolades of being a winner, I found a new way to get the validation that I was seeking in that competition by coming here and providing an opportunity for these queens to be in the spotlight and to shine,” she added.

Maraming Salamat Pose to all the Filipino press covering our show @dragdenph at the @primevideoph press conference 🙏🇵🇭👑 pic.twitter.com/ROZP95Sy9Q

As “Drag Den” is coming to a close, Manila said being a host and judge was a privilege to channel her experiences as a former contestant in promoting the local drag scene.

“I’m taking all the great things that I’ve experienced and I’m bringing them back here. And all the things that I would love to change, as well as my experiences before, I’m changing and bringing back to my queens in ‘Drag Den’. So, that’s exciting,” she said. “These queens deserve the support, and I’m so happy to give it to them.” 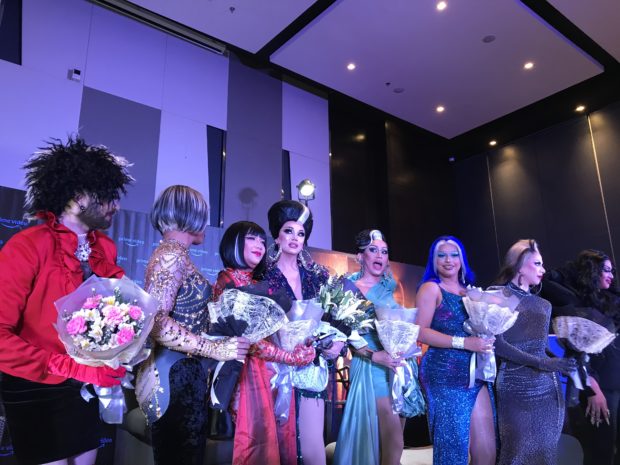 “I brought an entire suitcase full of makeup from my [makeup artist] friends and PR kits, and I would bring them to the queens. I also went online shopping and I was buying them lots of wigs,” recalled Manila, as she looked back on her favorite moments on the reality show.

Manila has always felt the support from Filipino fans as a former contestant, but she hopes that shifting gears as a host and judge would be a driving factor in promoting the local drag scene.

“We’re a family here in the Philippines and we take care of each other. The Philippines has always been a huge supporter of me and I will do everything that I can to support these queens here,” Manila added.

As someone who grew up in the U.S., Manila admitted that she’s still in the process of getting to know the Filipino brand of humor. Despite this, the performer was able to catch up with the help of the cast and crew of the variety show.

“Well, I [honestly] don’t understand everything that’s going on since I don’t speak Tagalog and I didn’t know all of the references because I didn’t grow up here. But all these queens are so funny, especially O-A since she’s the shadiest one of them all. She’s never afraid to tell it like it is. This is why I love them so much,” she said.

The Fil-am drag performer also revealed that working with the queens, cast, and crew members of ‘Drag Den’ feels like being with a “family.”

“We’re all here as a family, and we’re like a family unit. We get on each other’s skins and we like to knock each other down, but we also help each other out,” added Manila. EDV

Get your fab on: Manila Luzon to bring country’s first drag reality show

Your subscription could not be saved. Please try again.
Your subscription has been successful.
Read Next
‘The 1619 Project’ comes to TV with Oprah-produced docuseries
EDITORS' PICK
Fuel price rollback expected on Feb 7
vivo Philippines offers a free bouquet of flowers and a premium necklace perfect for Valentine’s Day
Makabayan bloc blasts bid to expand US access to more military bases in PH
Omega Speedmaster super racing: Tiny device massive change
House energy committee chair Arroyo bats for cheap electricity
Philippine-United States alliance ‘rock solid’ — DFA
MOST READ
Vice Ganda gets called out for ‘unfair treatment’ of ‘It’s Showtime’ co-host Karylle
Fuel price rollback expected on Feb 7
Kris Aquino gets ‘renewed confidence’ after consultation with new doctor: ‘I have a strong chance of getting better’
Pokwang tells self amid revelations on past relationship: ‘Bangon, nanay ka’
Don't miss out on the latest news and information.