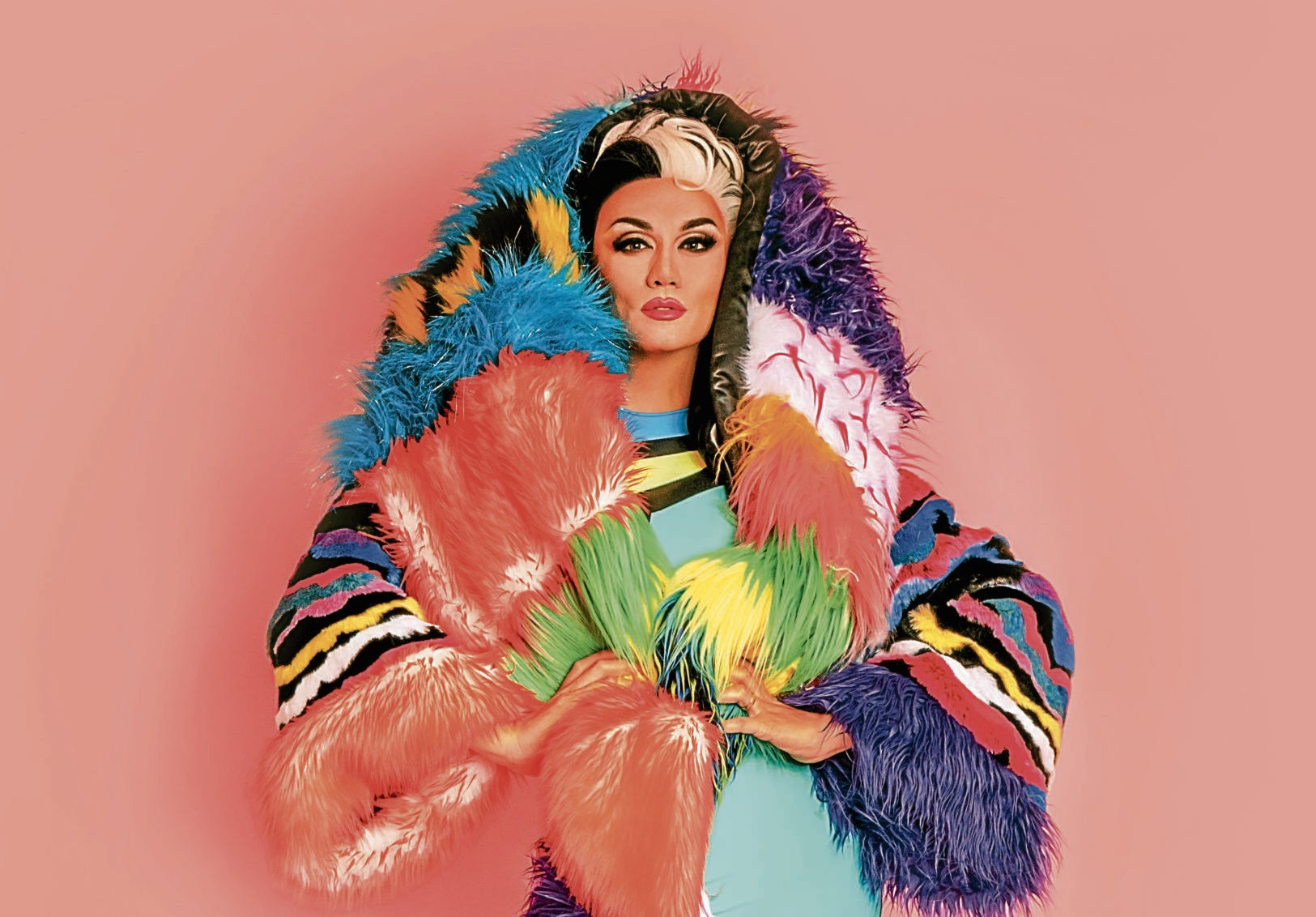 Is a Philippine franchise of “RuPaul’s Drag Race” in the offing? That remains to be seen, well-loved Filipino American drag queen Manila Luzon admitted, but should there be one, she would be more than willing to lend a hand.

“You know, I don’t call the shots on that, but I will text Ms RuPaul and see. Perhaps she will answer one of my DMs. I will let you know as soon as I get any information,” Manila said in a recent video conference arranged by Cornerstone Entertainment, which will now be overseeing her projects in the country.

And with the reality competition continuing to gain popularity around the world, Manila said that she “wouldn’t be surprised if the Philippines creates its own versions.”

“‘RuPaul’s Drag Race’ has become very popular in the United States, and people from around the world have been tuning in. It has now become really common for other countries to take on their own franchises of the show—Canada, Spain, the UK, Australia, New Zealand,” she said. “So, let’s cross our fingers. And hey, if I can help, I would be glad to.”

Manila, who finished first runner-up in “Drag Race’s” third season, isn’t sure if hosting will be the most fitting task for her because she’s not fluent in Filipino. But she will be there in whatever capacity, she said, if it meant promoting the local drag scene.

“I don’t speak Tagalog very well; I might not understand everything. So I don’t know if I could take on that role (hosting), but I will try. I will do whatever you want. I will be the guy at the end of the show who has to clean up the mess or mop the runway,” she said. “I don’t even care.” “As long as I can be a part of bringing attention to the Philippines’s amazing talented queens I will be there in a heartbeat,” said Manila, who also competed in the first and fourth seasons of “RuPaul’s Drag Race All-Stars.”

The COVID-19 pandemic and the movement restrictions put a damper on Manila’s career plans last year. Now, she’s ready to “pick up the pieces” and “move forward.” Now that she’s with Cornerstone, Manila intends to pursue different projects in the Philippines. Music, for one, is something she would love to dabble in.

“It has been a dream of mine to come back there in a bigger way, and do some bigger projects with the Philippine media and at a local level as well. I’m super excited and I’m using my new connections at Cornerstone to start some music. You know, I’m a Filipina, so that means I love to sing, even if I can’t!” she quipped, adding that Of course, initiatives and projects related to drag will always be welcome, said Manila, who’s looking forward to working with Filipino drag queens. “I’m really excited about that. I’m a drag queen so I think I’m fabulous, but how much more fabulous is it if I surround myself with some of these beautiful, intelligent queens of the Philippines,” she said.

Manila has always felt welcomed in the Philippines during her past visits. And while she knows that many Filipinos come from “very religious backgrounds,” she believes that the country is “on the right track for more acceptance” and toward “loving each other.”

“I have always felt love and acceptance when I come to visit the Philippines. The people are so fabulous and welcoming. I don’t know how anyone walks down the street without being invited in for some food,” Manila recalled. “I know that we come from very religious backgrounds, but we’re taught with our religion to love each other and that’s what it’s all about.”

“So hey, I think we all have the capabilities of loving everyone around us,” she added. “Let’s do it. Throw some glitter on it and have a parade, honey.”

“Just be proud of who you are and go out there. Celebrate who you are,” she said. “Make sure to take some extra time this year to love yourself. Be more accepting of who you are. I know that it has been a long year, and I know that we have all struggled in some way. But it’s good to just take that time to look at yourself in the mirror and say you’re worth it.”

And in times she finds herself on the receiving end of hate, Manila shifts her focus onto the love she gets.

“I mean there’s always someone trying to hate on you … The thing is, when you get dressed up, you tend to draw a lot of attention to yourself. So, you will get all the love, but will also get some of that criticism and some of that hate,” she pointed out. “What’s good is to focus on the love and support you have.” INQ

After Duterte threats, VFA back

After Duterte threats, VFA back