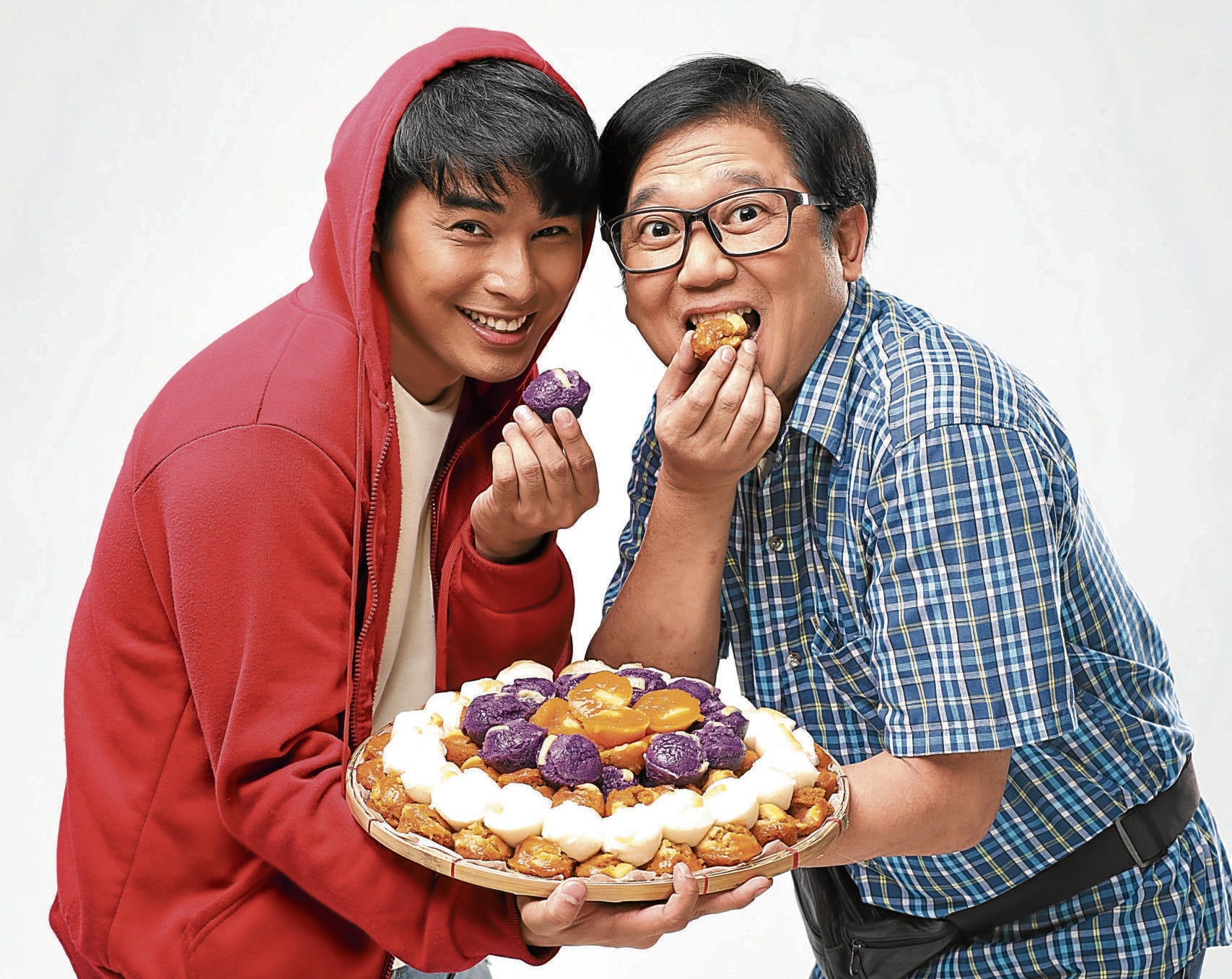 People look down on actors who opt to become public servants, but what they don’t realize is that working for this industry is equally difficult,” pointed out comedian and three-term Quezon City mayor Herbert Bautista.

“This is what I’ve learned from having to grow up in the entertainment industry—it’s one big loop. You start with gathering raw material, go up to doing postproduction work, and eventually focusing on marketing and sales so that you will be able to show your final product not only to your community but also abroad. All these for one simple movie or TV show,” he told reporters during a recent virtual media gathering for his new program, “Puto,” for TV5.

Herbert reprises his role as Ivanhoe “Puto” dela Cruz, a well-loved character from the 1980s. Local audience remember him as the kindhearted student who sells puto or steamed rice cakes in the original fantasy-comedy film by Leroy Salvador.

The TV series, directed by Rayn Brizuela, takes off some 30 years after the 1987 hit movie, with Ivanhoe now a devoted father to his only son, Uno, played by McCoy de Leon.

“They also say that those who are in government prefer to be in control all the time. Personally, as an artist and not as a public servant, I prefer to be with people like Direk Rayn who knows how to put me where I’m supposed to be, and I obey because I believe that to be a good leader, one must also be a good follower. You’re there as the director and scriptwriter’s medium. Their vision is what you want to be projected to viewers,” explained Herbert.

“On the other hand, serving as a government official doesn’t mean my mind is now controlled by lust for power and authority. Being an actor has kept me grounded. I would often be reminded to keep my feet firmly planted on the ground—all the directors, producers and writers I’ve worked with in the past made sure I didn’t forget that,” he said.

Herbert’s political career is actually worthy of a separate article. However, he briefly recalled his journey, if not for the sake of the younger audience who might be curious about who he is, he said.

“I started serving the people as a barangay youth leader when I was 17,” he recalled. “At the same time, I was also studying in high school and working as an actor. While I had a sitcom and a soap opera, I also did variety shows every Saturday. Meanwhile, to prove to the people that I deserve to be where their votes placed me, I took up two masters degree and finished them in 2000 and 2001 respectively, while I was vice mayor. But it’s really my work as an actor that taught me the importance of preparing one’s self before taking on a role, be it for show biz or for politics.”

Since Herbert no longer holds any government position, he said he decided to go full-time in acting. “I’m very thankful that, after my term in 2019, I got the chance to work with ABS-CBN and TV5,” Herbert declared. He worked with the members of the Gold Squad (Andrea Brillantes, Seth Fedelin, Francine Garcia and Kyle Echarri) in James Robin Mayo’s “Silly Red Shoes.” After that, he got a part in Cathy Garcia-Molina’s romantic-comedy series “Make It With You,” alongside Liza Soberano and Enrique Gil.

While everyone in Metro Manila was under quarantine, Herbert worked with Kathryn Bernardo and Daniel Padilla in Richard Arellano’s “The House Arrest of Us.”

“This is actually a full-circle moment with Viva,” he said. “While I started my acting career with Regal Entertainment when I was 10 years old, I spent my teenage life working for Viva. Over 30 years later, they contacted me and said, ‘Since you’re no longer in government, do something for us and TV5.’”

Herbert said that while the Puto character we will see on TV still sells steamed rice cakes for a living, he now has his own puto factory. “This is fun because while you will notice that the story doesn’t veer away from the original one too much, the look and feel are very different,” he explained.

Herbert recalled that when he did the original “Puto,” “its beat and timing, as well as its heart, was very much just like the shows in the ’60s because that was Direk Leroy’s era. At the same time, there were also a lot of 1980s elements in the film because that was the era it was made. What you will watch today is 21st-century comedy.”

The 13-episode series “Puto,” which premiered on June 19, airing every Saturday at 6 p.m., with catch-up airings every Sunday, at 5 p.m., on Sari Sari Channel, available on Cignal ch. 3 and SatLite ch. 30. Viewers can also watch via TV5’s livestream on the Cignal Play app. INQ