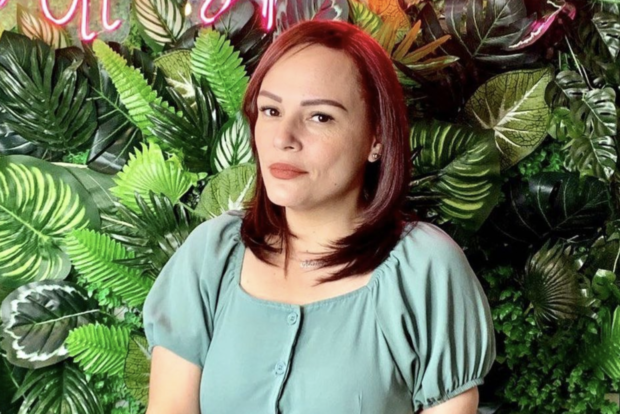 Matet de Leon gave a calm response to a netizen who called her “laos” after airing her frustrations over her mother Nora Aunor competing with her gourmet tuyo business.

The actress showed a message she had received from one @ursul555, who said she was “papansin (attention seeker),” as seen on her Instagram Stories yesterday, Dec. 6.

“Papansin ka lang e. Laos is real! Yeah! Ampon ka sabi mo kaya dapat tumanaw ka ng utang na loob sa nagpalaki [sa’yo],” the netizen told her. (You’re just an attention seeker. Really washed up! Yes, you are adopted as you said, so you need to repay debt of gratitude to the person who raised you.)

De Leon did not seem to take the message too seriously, as she joked about the netizen’s “laos” remark.

“Hindi po nalalaos ang supporting actors. Mga bida lang po. Labyu,” she replied. (Supporting actors do not get washed up. Only those who take on lead roles. [Love you].)

Matet, along with her siblings Kenneth, Lotlot and Kiko, is Aunor’s adoptive child with ex-husband Christopher de Leon. Actor Ian de Leon is the former couple’s only biological child. 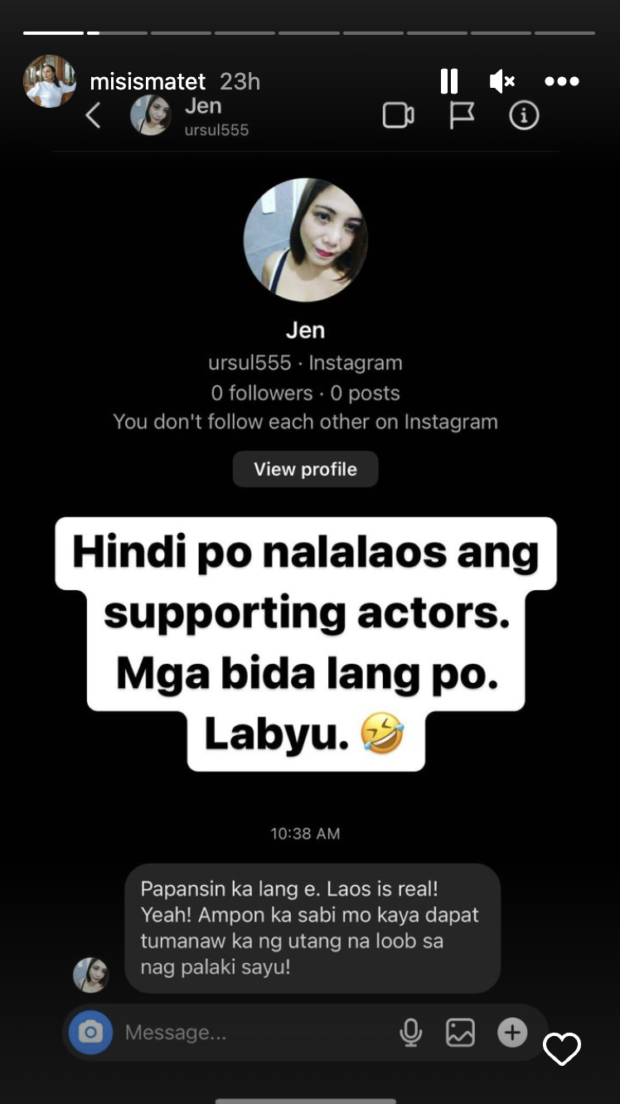 Matet admitted that she felt she was “betrayed” by Aunor after the latter competed with her business, claiming that the veteran actress does not really treat her as her own child. Matet also disclosed that she was diagnosed with bipolar disorder and that her current feud with her mom makes her condition worse.

Aunor has yet to publicly speak up on the matter as of this writing.  /ra