‘Her legend will live on’: Resolution honoring Sylvia La Torre filed in Senate 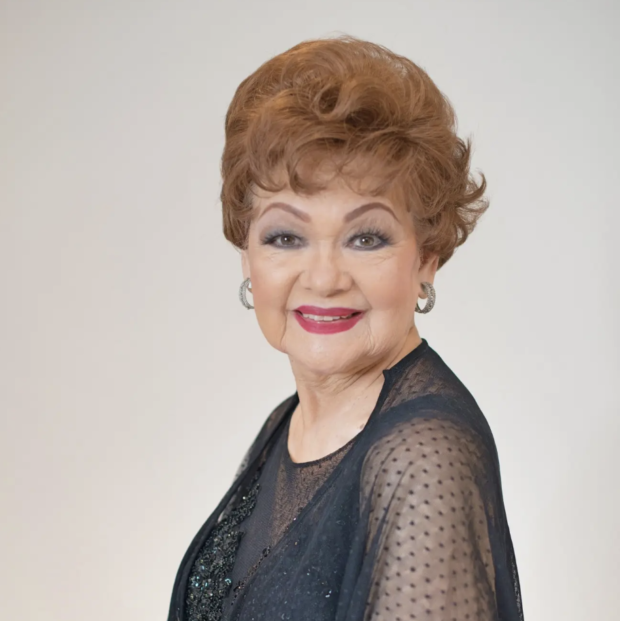 MANILA, Philippines — A resolution honoring the life of legendary singer and Filipina icon Sylvia  La Torre, was filed in the Senate on Monday.

La Torre, dubbed the “First Lady of Philippine Television,” and the “Queen of Kundiman,” died peacefully in her sleep last December 1 in Los Angeles, California, as announced by her granddaughter, Filipino-American actress Ana Maria Perez de Tagle. The noted soprano and actress was 89.

Under Resolution No. 338, Lapid sought to have La Torre’s legacy live on, citing over 300 songs that she wrote and recorded since starting her career in  the 1950s.

“Her artistry has transcended through time and has expired fellow artists that we  also consider icons today…” Lapid’s resolution stated.

Lapid also cited some of La Torre’s classics, such as “Waray Waray,” “Your Face Sounds Familiar,” “Sa Kabukiran,” and “Mutya ng  Pasig,” which have been adapted and performed by the likes of Freddie Aguilar and Elizabeth  Ramsey.

“Sylvia La Torre was not only a musical icon, she was also a cinematic treasure. She made films with Sampaguita Pictures and Seiko Films,” said Lapid, citing her first starring role in “Ang Maestra” in 1941, “One Two Bato, Three Four Bapor,” among others. Her fame was further amplified with her hosting of the then popular show “Oras ng Ligaya.”

Because of these endeavors, La Torre became a household name in the 1950s up to the 1960s.

“La Torre was a true artist in every sense of the word, her immeasurable contributions to Philippine folk and popular music are unparalleled… (She) was a one-of-a-kind multifaceted artist who dedicated her life to her craft, in turn becoming a source of inspiration for the artists of the next generation,” Lapid said.

“The whole  nation mourns the passing of one of its icons, whose legacy has given the country pride, her legend will live on and has inspired generations of upcoming singers, composers, and actors,” his resolution further read. EDV