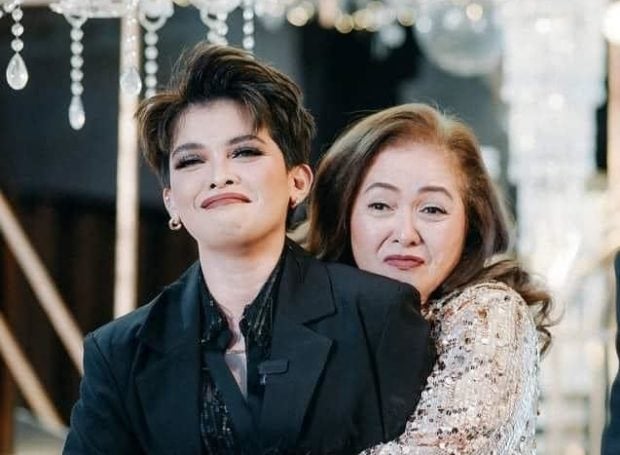 KZ Tandingan is extremely proud of her mother Marites Lobrigas Tandingan, as the latter passed the Nursing Licensure Exam (NLE) at the age of 56.

The singer showed glimpses of Marites reviewing for the exam, along with random moments she shared with her mother, via her Facebook page last Wednesday, Nov. 30. KZ also showed her mother’s name on the list of passers for the NLE.

KZ noted that her mom, who started her career as a midwife at the age of 18, attempted to balance working and being a mom but eventually decided to let go of her career to concentrate on caring for her children. Year later, Marites pursued a bachelor’s degree in nursing, but opted to transfer to a university for “second courses” when she got pregnant with KZ’s brother.

“For a few months, she would do it, but eventually she would put it on hold in order to concentrate on her health and to prepare for the impending birth of our brother. When I finally went to college, my brother had already turned three [years] old, Mum continued her education attending classes on weekends ’til she received her diploma,” KZ narrated.

KZ added that Marites first took the NLE when she was in her 40s, but because she did not have “proper review” and had “too much on her plate,” she did not pass it at the time.

“She was so heartbroken that she thought maybe she’s too old or that she didn’t have what it took anymore,” she said. “Fast forward to 2022, at 56 [years] old, more than ten years after she took the NLE for the first time, she mustered all the courage she had to try and take the NLE for the last time.”

KZ recalled that her mother reviewed for the NLE in secret, having herself confined to her room for almost six months.

“She would study so hard that she’d fall asleep while reading her books and sometimes forget to take a break to eat…,” she said. “Today, 18 days after, the results came out, and I’m so proud to share that my mom, 56 [years] old, Marites Lobrigas Tandingan is now a registered nurse.”

“Mommy, I can’t thank you enough for loving us so much that you sacrificed your career just to make sure we had the best future. Today, is a reminder that God sees everything and that He rewards His children in His perfect time,” KZ told her mother. “Congratulations Mommy Tess! I’m so proud of you. I love you.”

LONG POST AHEAD BUT DEFINITELY WORTH THE READ! ❤️——————At the age of 18, my mother obtained her license…

KZ is known for her songs “Mahal Ko O Mahal Ako,” “Wag Ka Nang Umiyak” and “Dodong,” among others. She recently earned three honors at the 2022 Awit Awards, for the songs “Sabel” (Best Collaboration Performance and Best World Music Recording) and “11:59” (Best Performance by a Female Recording Artist).  /ra