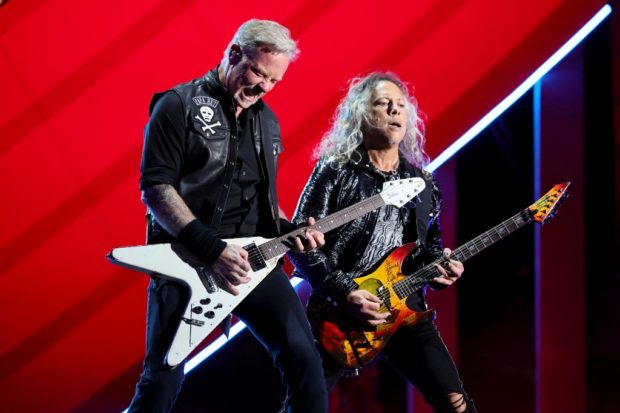 The album is set for release on April 14 of next year, and the tour will kick off that same month in Amsterdam.

The rockers will play two dates in each city they visit, and promise different setlists and supporting acts for each.

Metallica will play several shows in Europe including in Paris, Hamburg and Madrid, with a string of dates across North America including in Los Angeles, Detroit, Montreal and Mexico City also slated.

Explaining the album’s title, frontman James Hetfield, 59, said “72 seasons. The first 18 years of our lives that form our true or false selves.”

“The concept that we were told ‘who we are’ by our parents. A possible pigeonholing around what kind of personality we are. I think the most interesting part of this is the continued study of those core beliefs and how it affects our perception of the world today,” continued his statement.

“Much of our adult experience is reenactment or reaction to these childhood experiences. Prisoners of childhood or breaking free of those bondages we carry.”

Save the dates: Here’s a rundown of upcoming concerts in the PH for the remainder of 2022