Queenly conversations in ‘The Beautiful Kitchen’ 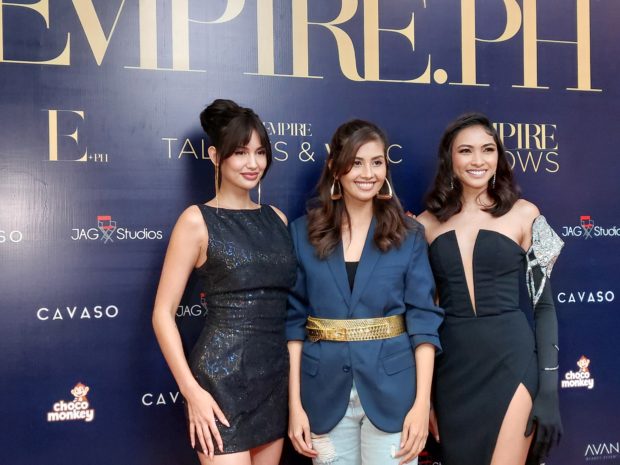 Miss Universe Philippines National Director Shamcey Supsup-Lee (center) is one of the featured hosts in ‘The Beautiful Kitchen,’ along with her queens Celeste Cortesi (left) and Beatrice Luigi Gomez./ARMIN P. ADINA

MANILA, Philippines — In pageant parlance, the term “cooking show” refers to a rigged competition where the winner has already been predetermined. But a group of beauty queens will show that it can also mean a platform for “queenly conversations.”

“The Beautiful Kitchen” dropped on the Empire Philippines YouTube channel on Nov. 22 and featured not one, not two, but four national beauty titleholders engaging in conversations in a cooking show.

Leading the royal cast of cooks is reigning Miss Universe Philippines Celeste Cortesi, whose Italian-Filipino heritage will lend a taste of Italy to the recipes in the show’s arsenal.

Gomez and Lee also shared their experience doing the show at the Empire PH digital media launch dubbed “Empyreal Glamour” held at Estancia Mall in Pasig City on Nov. 22, which was also graced by Cortesi.

But theirs is not the only digital show on the channel with beauty queens in the cast. Cortesi’s second runner-up Katrina Llegado joins 2022 Miss Universe Philippines finalist Chantal Schmidt and 2021 finalist Corrine Abalos in “Beach Beauties,” a travel show exploring the country’s various scenic shores.

A “beauty king” also finds himself in yet another digital show on the online channel, 2017 Mister Teen International Philippines Argel Saycon, now a sought-after model and actor, is featured in the four-episode series “Main Attraction” with fellow hunks Brian Gocheco and Elyson De Dios.

Empire Philippines head Jonas Gaffud told the Inquirer during the launch that it was in 2010 when he thought of producing TV shows. He was able to do it in 2018, but mounting the Miss Universe Philippines pageant during the pandemic took too much of his time.

But when he noticed that the national pageant’s content on the Empire PH YouTube channel gained a lot of traction, they decided to push through with the shelved projects. “We are not only about beauty pageants. It’s Empire, so it has to be all encompassing. Now Empire PH is a mix between a digital magazine and digital content,” Gaffud continued. 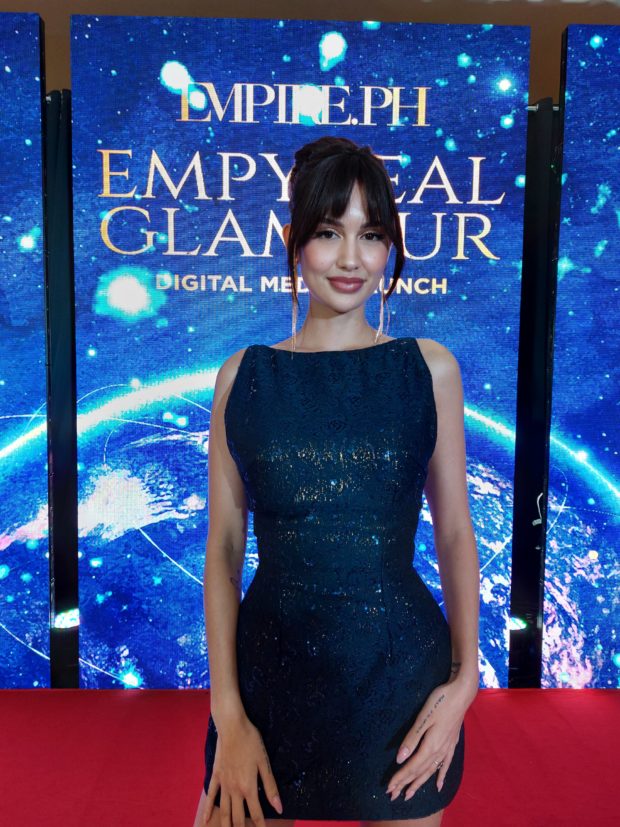 Cortesi won her national title in April, and will represent the Philippines in the 71st Miss Universe pageant in New Orleans, Louisiana, in the United States, on Jan. 14 (Jan. 15 in Manila).

She is the third representative to be sent by the Miss Universe Philippines organization to the global tilt. Gomez, her immediate predecessor, finished in the Top 5, while Mateo made it to Top 21 in the international pageant’s 69th edition.

The Philippines has already produced four Miss Universe winners — Gloria Diaz (1969), Margie Moran (1973), Pia Wurtzbach (2015), and Catriona Gray (2018)—and Cortesi hopes to be the fifth one from the country. EDV