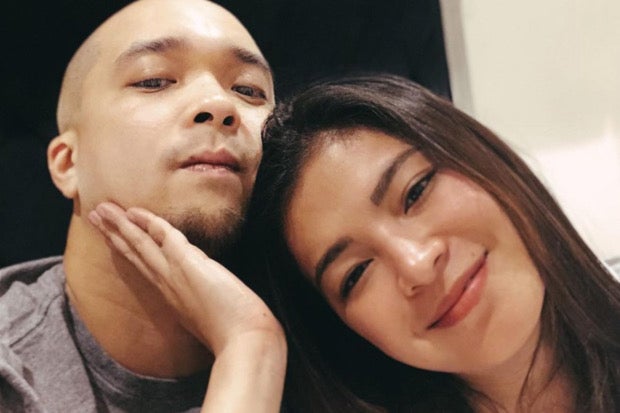 Neil Arce proudly showed off the early Christmas gift given to him by his wife, actress Angel Locsin, days after he debunked rumors that they had separated.

The businessman-producer expressed appreciation for Locsin while giving the public a peek at the golf cart she gifted him, as seen on Arce’s Instagram Stories yesterday, Nov. 25.

“Early Christmas surprise from the wife. Thanks my love @therealangellocsin,” he told his wife. 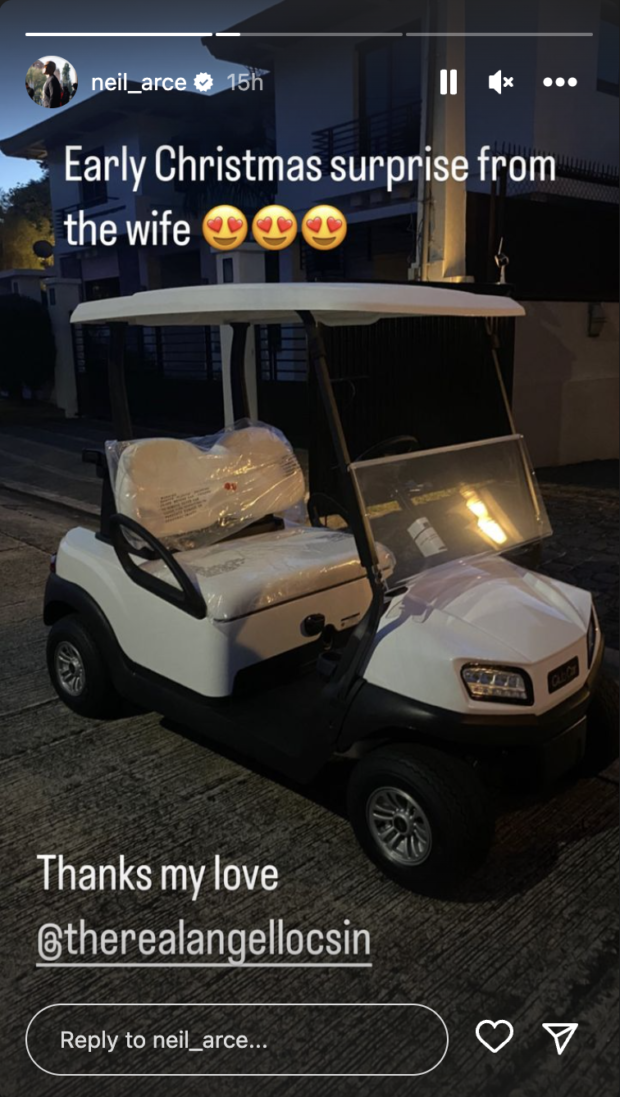 Arce’s early Christmas gift came amid what seems to be Locsin’s social media hiatus that led netizens to speculate that the actress and Arce had separated. However, Arce dismissed breakup speculations last Nov. 17 through a statement sent to comedian Ogie Diaz.

Meanwhile, Locsin has not posted anything on her Instagram page since Aug. 1, when she showed a photo of herself and Arce at Angelica Panganiban’s baby shower. She has yet to issue a statement on the split rumors as of this writing.

Locsin and Arce tied the knot in a civil ceremony last year. They celebrated their first wedding anniversary in July.  /ra

Neil Arce speaks up on separation rumors with Angel Locsin