Neil Arce speaks up on separation rumors with Angel Locsin 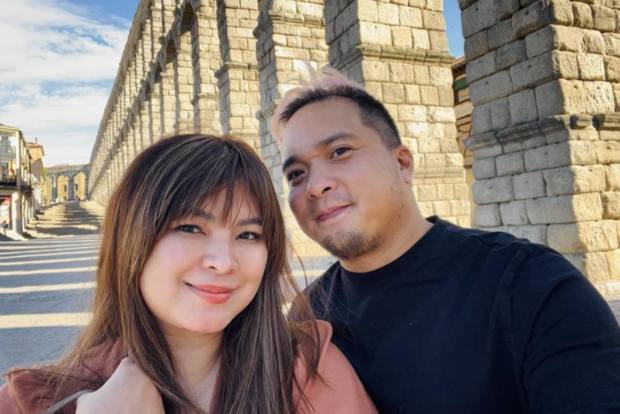 Film producer-businessman Neil Arce has broken his silence on what he called “fake news” that he and his wife, actress Angel Locsin, have separated.

Arce denied separation rumors in a statement he sent to comedian Ogie Diaz, which the latter showed on his YouTube vlog yesterday, Nov. 17.

(Me and my wife are charitable people. We are donating to the fake news peddlers what they earn from spreading fake news. Besides, their followers and subscribers deserve to hear lies.)

Arce’s statement came amid the circulation of YouTube videos claiming that he and Locsin had separated. These speculations also claimed that the supposed split is the reason Locsin has not been posting on social media recently.

The actress’ latest Instagram post was last Aug. 1—a photo of herself and Arce at Angelica Panganiban’s baby shower.

Locsin has yet to issue a statement on the split rumors as of this writing.  /ra