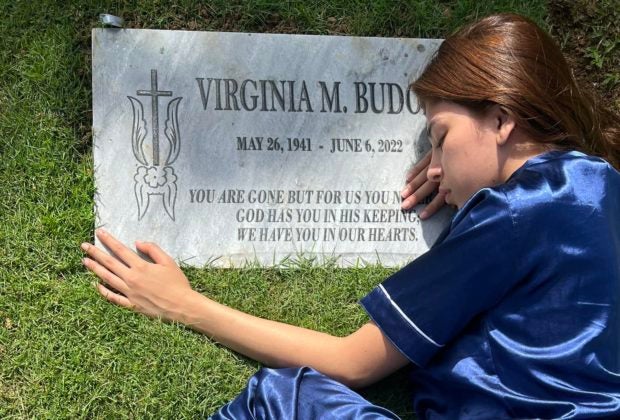 Herlene Budol visited the grave of her late grandmother Nanay Bireng after her “traumatic experience” in Miss Planet International, as she seemingly hinted at ending her pageant journey.

The Binibining Pilipinas 2022 first runner-up showed herself lying next to Nanay Bireng’s grave while opening up on how much she misses her grandmother, via her Facebook page yesterday, Nov. 24.

“Nasumbong ko nang lahat kay nanay (I already said everything to her),” she said.

(In the past, she was my confidante, she was the one who listened and believed in me. Now, I feel like I did not just lose a grandmother, a parent, I also lost a friend. So though you are no longer next to me, I know you are still my ally. I know you are with me a lot more, which is why I got home safe.)

Meanwhile, Budol appeared to have hinted at the end of her pageant journey, as she wrote “The End” while showing a moment from her stint in Binibining Pilipinas, via her Facebook update last Tuesday, Nov. 22.

Budol’s manager Wilbert Tolentino announced last Nov. 11 that their team decided to withdraw from Miss Planet International after they experienced “uncertainties” from the pageant’s organizers.

Tolentino also revealed that Budol and her fellow delegates had to beg organizers to let them return to their home countries before they finally got on a flight out of Uganda, where the pageant was supposed to take place.

The Miss Planet International pageant will no longer push through on Nov. 19 in Uganda, and will instead be held in Cambodia in January 2023.  /ra