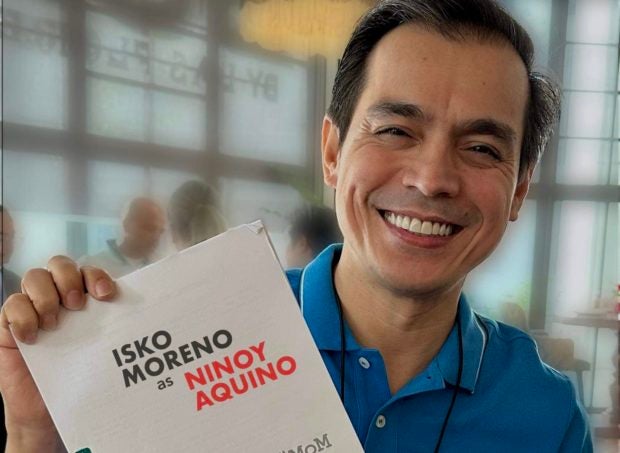 Moreno, who ran for president in the May 9 elections, can be seen holding the script for the movie as Yap confirmed his casting via his Facebook page last Friday, Nov. 18.

“Isko Moreno as Ninoy Aquino. The Filipino is worth dying… INSIDE,” Yap stated.

“Martyr or Murderer” is the sequel to Yap’s much-criticized “Maid in Malacañang,” which depicts the last 72 hours of the Marcos family in the Palace amid the tumult of the 1986 EDSA People Power Revolution.

Former chairman of the Commission on Elections (Comelec) Andy Baustista did not appear to approve of Moreno’s casting, as he described it as a “Trojan [horse]” on his Twitter page last Saturday, Nov. 19.

“Martyr or Murderer” is expected to be released by February 2023, in time for the anniversary of the EDSA People Power Revolution, according to Yap.

Its prequel “Maid in Malacañang,” was called out by various groups, including director Joel Lamangan who expressed disgust at the movie and called on fellow artists not to join those who “help cover up the truth.” Critics and martial law survivors also considered the movie an attempt to contradict historical facts about the Marcos family.  /ra