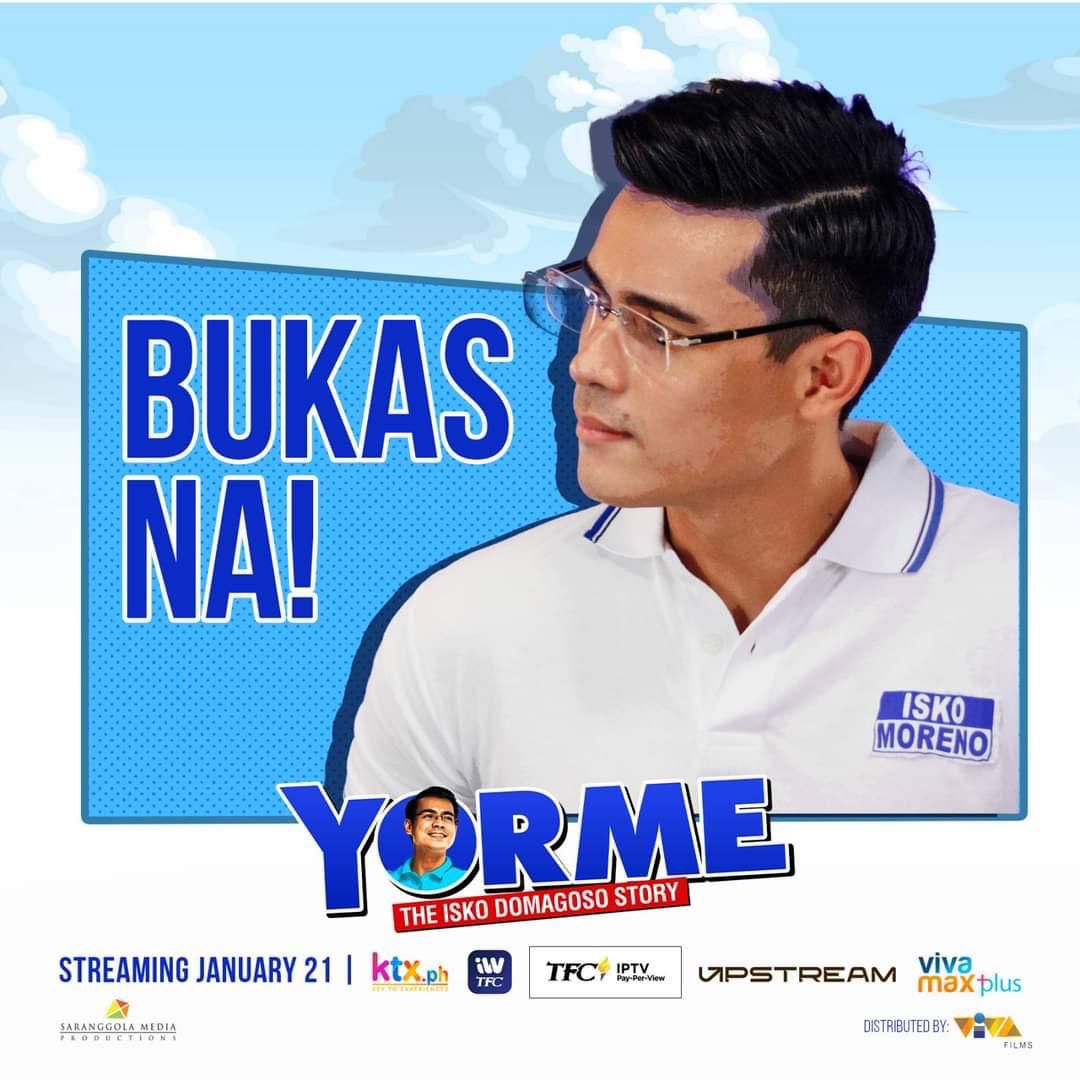 The musical film “Yorme – The Isko Moreno Domagoso Story” is now streaming on Vivamax Plus and other digital video platforms such as KTX PH, Upstream, iWant TFC and TFC IPTV.

The worldwide streaming of “Yorme” started midnight of Jan. 21 and is expected to run for the next seven days.

“Yorme” is an inspiring story of Mayor Isko’s rise from lowly beginnings and dream to have a better life. It was produced by Saranggola Media and Viva Films under the direction of veteran filmmaker Joven Tan.

The film revolves around Moreno’s life as a poor boy born in the slums of Tondo in Manila, raised by a stevedore father from Antique province and a “labandera” mother from Leyte province.

Eking out a living as a lowly “basurero” (garbage boy), Moreno had a turn-around in life after being discovered for show business while playing cards at the wake of a neighbor in Tondo. From being an actor, he became a city councilor of Manila at 23 years of age, became vice mayor and later on mayor at age 44.

The movie is star-studded with former teenage actors who were fellow regulars of Mayor Isko in “That’s Entertainment” show hosted by master showman German Moreno, who was superbly played by veteran singer and actor Janno Gibbs.

Starring Raikko Mateo, who played the young Isko, McCoy de Leon as the teenage Isko, and Xian Lim as the adult Moreno, ‘Yorme” drives the message that any person can go to great lengths in life if one works hard to achieve his dreams and aspirations in life.

During the movie press conference held on Nov. 28, 2021, Moreno said the movie was meant to be a vehicle to inspire other poor youngsters that there is always light at the end of the tunnel despite the hardships they may experience in life.

Moreno had said that if he, a former basurero, was able to succeed in life and even become the mayor of the nation’s capital, they too can achieve great things in life for as long as they work hard and trust in God.

During the press conference, the 47-year old presidential aspirant also took the opportunity to thank ‘Direk’ Joven Tan for not only directing the movie but also writing the script and composing the 15 songs used in the film.

Moreno said he is hopeful that the movie will inspire others to also overcome the hardships they encounter in their lives.