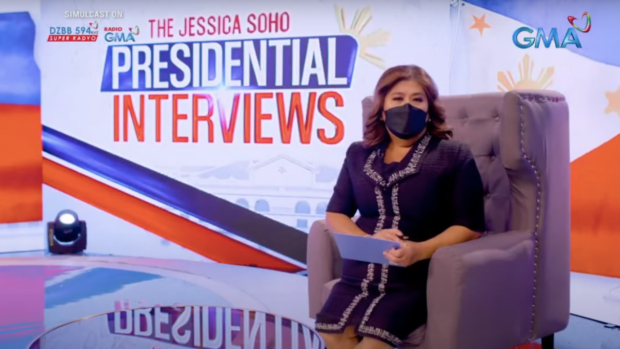 “The Jessica Soho Presidential interviews” has received praise from viewers for its well-researched and no holds-barred questioning of the aspirants running for the presidency in the coming May 9 national elections.

Former senator Ferdinand “Bongbong” Marcos Jr. was also invited to the said interview but later declined to appear, due to what his camp refers to as Soho’s alleged “bias” against the Marcoses.

Amid the heated exchange between Soho and the presidential aspirants, Twitterdom yet again went abuzz and delivered the most hilarious reactions from netizens, through good old memes and witty remarks.

Jessica Soho and her team writing the questions pic.twitter.com/tl336WuVK5

4) Even Miss Trans 2020 Mela Habijan has something to say.

Jessica Soho is the HR Hiring Manager the Philippines deserves.

Ms Jessica Soho and her team throwing the shade to all the presidentiables tonight#JessicaSohoInterviews pic.twitter.com/ouyH84EIC1

Jessica Soho is THAT thesis panelist

Meanwhile, the interview program was also commended not only by Kapuso actors and TV personalities but by those from GMA’s rival network ABS-CBN as well. Kapamilya broadcaster Karen Davila pointed out that the questions asked during the interview “revealed” the character of the candidates. JB