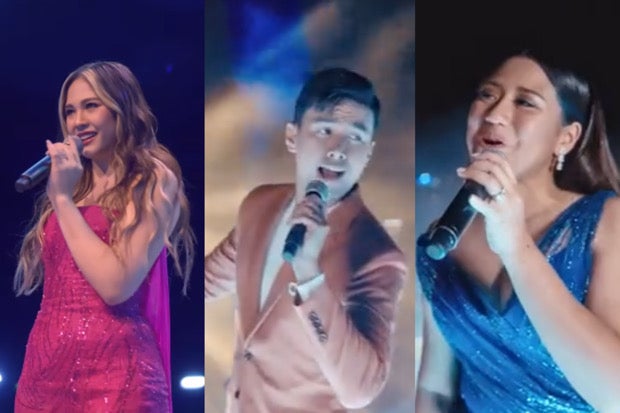 Janella Salvador, Christian Bautista and Morissette Amon led a roster of artists who rendered some of the most popular songs from the soundtracks of some Disney animated movies during the launch of its streaming app in the Philippines.

Dubbed Disney+’s “A Night of Wonder, the launch event featured Salvador, Bautista, Amon, as well as Stell of Pinoy Pop group SB19, Zack Tabudlo, and Kapuso singer Zephanie who all sang popular Disney songs that hit the right notes with all the Filipino fans who have been watching Disney shows through the years.

Salvador, Stell and Zephanie performed with their rendition of  “How Far I’ll Go,” from Moana, “The Circle of Life” from the Lion King, and “When You Wish Upon Star” from Pinocchio, as seen on the streaming platform’s Facebook page last Thursday, Nov. 17.

The trio, who dazzled in their sparkly attire, then collaboratively belted out “Into the Unknown” from Frozen II for their final act.

Tabudlo, for his part, wowed fans with his version of The Score’s “Unstoppable” which he performed at Baluarte de San Diego in Intramuros.

For the grand finale, Amon and Bautista treated the audience with a medley of “Beauty and the Beast” and “A Whole New World,” followed by Amon’s “Imagine More” which wrapped up the event.

“A Night of Wonder,” which was hosted by Miss Universe 2018 Catriona Gray and Robi Domingo, launched the streaming service in the country with a showcase of the TV Shows, films and documentaries available on the platform. EDV