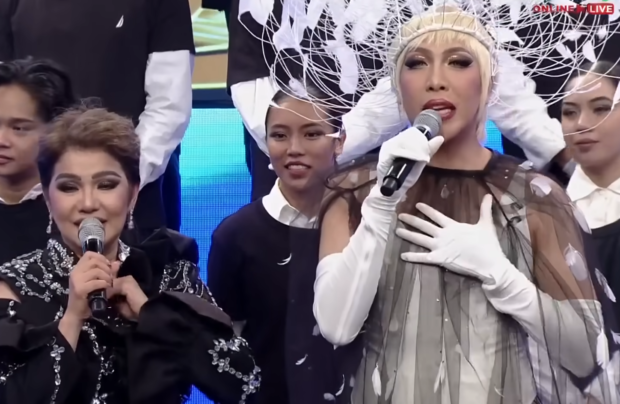 Vice Ganda expressed gratitude to the staff of “It’s Showtime” by surprising them with a P300,000 Christmas bonus, in time with the noontime show’s 13th anniversary.

The TV host-comedian addressed the staff behind the show after his “Magkasikat” performance with co-host Amy Perez during the show’s episode yesterday, Nov. 17, as seen on ABS-CBN Entertainment’s YouTube channel.

(You are doing so much for this show. I would personally like to apologize for any misunderstandings we have at times. All of those happen because we try to fulfill our obligations to the program, our audience [and] the network. All of those, all coming from love. That cannot be avoided in a family.)

Vice Ganda then asked for a head count of all crew members of “It’s Showtime,” then pledged P300,000 for the 300 workers.

He also offered 10 wheelchairs to any members of the audience, as their “Magpasikat” production number honored workers and people with disabilities.

This is not the first time Vice Ganda showed generosity to the staff and crew of “It’s Showtime.” Back in May, he gave away P5,000 each to around 100 members of the team behind the show, telling them it was an “early Christmas gift.”  /ra