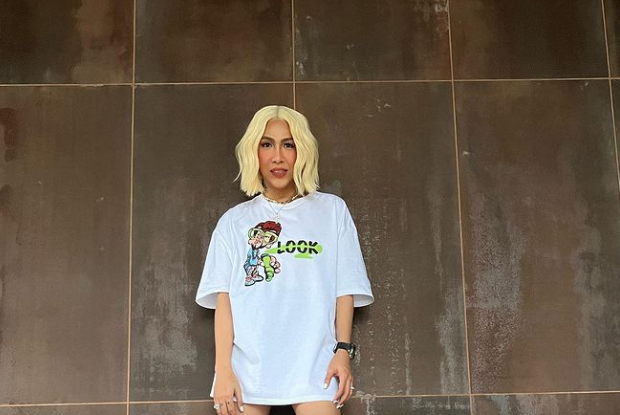 Vice Ganda appeared to have been in a quite generous mood today, May 20, as he gave away P5,000 each to over 100 staff and crew of “It’s Showtime”—and viewers of the show can also receive part of the treat.

While Christmas is still months away, the comedian called his treat an “early Christmas gift,” as seen in the episode of “It’s Showtime” today, streamed live on its official YouTube channel.

(In our life, you cannot be the only one who is beautiful. You will not appreciate your beauty if everyone else around you are not reached by beauty.)

Vice Ganda added that he could no longer wait for Christmas to treat the show’s staff and crew, noting that he was in a good mood.

(Sometimes time goes by quickly. Sometimes it goes slowly. So we do not know if we should be bored for December to arrive or if it will come soon. Maybe I cannot wait for December anymore.)

Vice Ganda then expressed love and appreciation for the “It’s Showtime” staff and crew’s kindness.

“I woke up today realizing that I have been so blessed to have you. And I just want to put a little smile on your faces today,” he said.

Vice Ganda then addressed viewers of “It’s Showtime,” saying five of them could also win P10,000 each if they used the show’s hashtag for today, “#ShowtimeVeryFunny.”

“‘Yung tweet na may pinakamagandang picture ko, pipili tayo mamaya,” he joked. “Ayan ah, para masaya lang ang araw natin.” (The tweet with the most beautiful picture of me, we will choose later. There, so all of us can be just happy today.)

Meanwhile, Vice Ganda recently shut down claims that ABS-CBN artists are still making efforts for the network to be given a franchise, after its old one expired in May 2020.

He told “trolls” to “move on” from the issue, stressing that ABS-CBN no longer applied for a franchise and is continuously producing content for other platforms.  /ra