Maricar Reyes: Mom feared no man would want to marry me after scandal | Inquirer Entertainment

Maricar Reyes: Mom feared no man would want to marry me after scandal 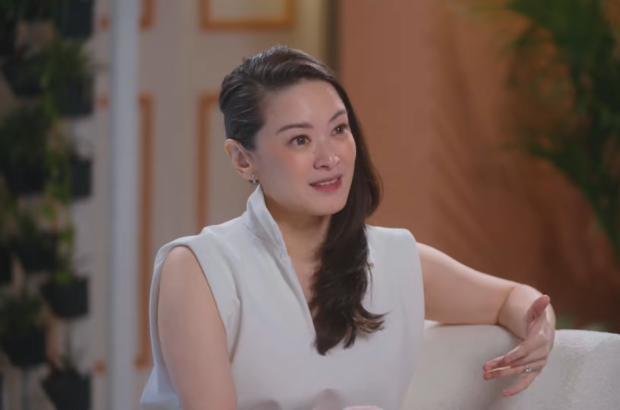 Maricar Reyes has opened up on her journey toward healing after the scandal that she got involved in years ago and which made her mother feel afraid that no man would ever want to marry her.

The actress, who recently released her self-titled book, recalled the exact moment she learned about the controversy during her interview on TV host Toni Gonzaga’s YouTube channel last Wednesday, Nov. 9. Reyes noted that prior to finding out about the scandal, she felt like she was on “top of the world.”

(I had a series where I was part of the main cast. It was “Lovers in Paris,” we were taping, and it was yet to air. I just came from taping. I went straight to the [triathlon]. Everything was looking good then everything was pulled away.)

Reyes initially laughed it off when a friend called her about an item on a tabloid, but she started feeling in denial and disbelief when her agent was the one who contacted her.

She confessed that she had contemplated taking her own life because of the sex scandal, and the only time she stopped thinking about it was when she realized the effect it would have on her family, if she decided to push through with it. Given this, Reyes decided to pour herself into her work instead.

In her book, Reyes also talked about her marriage to singer Richard Poon, and the emotional moment she shared with her mother when she was fitting her wedding gown. Parts of the book related to that particular exchange between Reyes and her mother were then read by Gonzaga in her vlog.

“My mom’s eyes suddenly filled with tears. Though we never directly talked about it, I knew my mother had feared that I might never find someone who wanted to marry me,” Reyes wrote. “As a woman, she knew how painful it was to get through the rest of my life with a destroyed reputation. She worried that no man would ever see beyond what happened to me.”

Reyes confessed that this reaction from her mother was unexpected, especially since she felt like she was on cloud nine at the time.

“Nakita ko from the corner of my eye, gumaganun sya. I rushed to her. I tried to comfort her,” she recounted. “Na-feel ko naman sa kanya na hindi sad tears. It was siguro for her, it was a moment na, ‘Totoo na. Ikakasal na talaga siya.'”

(I saw from the corner of my eye, she was [crying]. I rushed to her. I tried to comfort her. I felt that she was not crying sad tears. Maybe for her, it was a moment of, “It is real. She is really getting married.”)

Despite the controversy, Reyes realized she learned some lessons in her journey toward healing and building a relationship with God.

“I’m not thankful for the scandal nor would I want to relive it all over again, but I would never trade the lessons I learned. Never,” she stated.

Reyes and Poon got married in 2013. They celebrated their ninth anniversary last June.  /ra