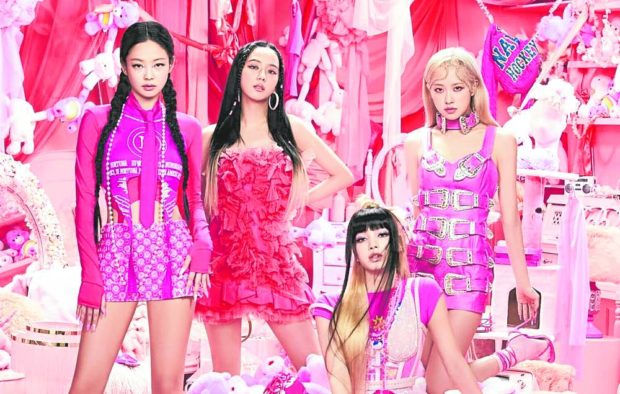 Four years after its first tour stop in the Philippines, Blackpink, the most successful Korean pop girl group internationally, is set to return to the country with more shows and at a bigger venue.

As part of the band’s “Born Pink” world tour, members Jisoo, Jennie, Rosé and Lisa will take the stage at Philippine Arena in Bulacan province on March 25 and 26, 2023. Tickets to the shows—promoted by Live Nation Philippines—will go on sale for the general public on Nov. 20, 10 a.m., at www.smtickets.com.

Fans who want to secure theirs at earlier dates, however, can take part in exclusive preselling opportunities. Those who plan to buy through the fan club presale on Nov. 18 (from 10 a.m. to 11:59 p.m.) must first have a Blink membership on www.weverseshop.io. Members of Live Nation Philippines’ site, meanwhile, can get theirs on Nov. 19 (10 a.m. to 11:50 p.m.)

This concert tour is Blackpink’s third and most extensive yet with five legs and 45 dates planned around the world. Mounted in support of the group’s second album of the same title, the tour kicked off in Seoul, South Korea, in October. Now on its North American leg, the tour will fly to Europe, and then to Asia in January.

The band is likewise expected to have a longer set list. Aside from earlier hits like “How You Like That,” “Ddu-Du Ddu-Du” and “Boombayah,” Blackpink will perform its newer singles, like “Pink Venom” and “Shut Down.” And going by the set list in Seoul and the tour’s recent stops, the fans can also expect solo numbers from the girls.

The new album, which was described by Rolling Stone as “the landmark pop album Blackpink were born to make,” debuted at No. 1 on the Billboard 200 chart, making Blackpink the first female Korean act—and the first female group since 2008 to achieve such a feat. INQ