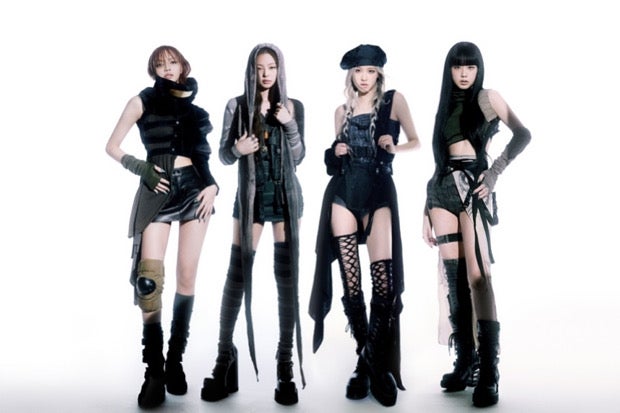 As a new season is right around the corner, K-pop sensation Blackpink is returning with a new batch of songs to fill the soft breeze of fall. After a 23-month hiatus, girl group Blackpink is making grand return with its second LP, “Born Pink.”

Ahead of the album’s release on Friday, the four bandmates shared their thoughts and musical ideas that went into their upcoming music project via an official press release.

Ji-soo says she’s just as excited for fans to hear the new music as they were when the group announced their comeback earlier this summer.

“I’m excited to show the album we’ve worked hard on. Many people enjoyed the prerelease single ‘Pink Venom,’ and vice versa; we had fun while we were promoting it. I’m curious about how fans will react when they hear our new album, and that’s the first thing I’ll look out for,” she said in a statement released to local press by the group’s agency, YG Entertainment.

The K-pop act has been away from the music scene since 2020, when it put out its first LP, “The Album.”

Lisa and Rose branched out on their own with their debut singles “Lalisa” and “R,” which dropped in 2021. While the two focused on broadening their musical horizons, Ji-soo landed her first leading role in JTBC’s “Snowdrop,” playing the character Eun Young-ro in 2021. Jennie is also set to make her acting debut in the upcoming HBO drama series “The Idol,” co-produced by The Weeknd, Sam Levinson and Reza Fahim.

After enjoying phenomenal success with its pre-release single “Pink Venom,” the group is following up “The Album” with “Born Pink.” The album consists of eight songs, and YG’s producer Teddy took the helm in producing it, along with other producers 24, Danny Chung, Bekuh Boom, R.Tee.

Jennie opened up about how the band pieced things together for the new album.

“Corny as it sounds, working with my fellow members is always a bundle of joy. New ideas continuously popped out while we came up with the concept and recorded our songs,” she said. “That way, we looked at each other’s thoughts in more detail and were able to bring something out. That’s when I realized we shine because we’re a four. It was fun working with YG producers who know us well.”

Jennie described the title track “Shut Down” as “a song that shows the next level of Blackpink’s charisma.”

“It’s a mixture of the old and new. The blend of classic and trendy hip-hop beats makes it awe-inspiring, and the song itself is addictive. I hope the excitement we had felt when we first listened to the track will land well with listeners,” she added.

Lisa also shared her first impression of the song: “We listened to the demo version of ‘Shut Down’ in the studio, and when we first heard it, we exchanged looks and knew that this had to be the title track. I was able to sketch how we’d perform this song.”

The rapper and dancer added that “Shut Down” is a track that is distinctly Blackpink and is something the band can express well.

Main vocalist Rosé went on to say that if the band’s first LP, “The Album,” focused on music, “Born Pink” goes beyond that as it aims to highlight the essence of Blackpink.

“We endeavored to try new things while keeping our identity. Overall, many genres are hip-hop based, and we’ve wanted to show Blackpink’s musical color,” she said. “I’m sure we made music with our imagination that nobody has ever done before. All the bandmates were fully confident while working on the album.”

After dropping the new album, the four-piece act will kick off the massive “Born Pink” world tour at Seoul’s KSPO Dome from Oct. 15 to 16.

In closing the statement, Lisa expressed her excitement about meeting Blinks, the band’s fandom, for the first time in nearly two years.

“My heart is fluttering with excitement just thinking about how I’ll meet Blinks around the globe. There will be many performances that fans might’ve missed and performances that nobody could have imagined, so I hope fans will come out and enjoy it with us.” AP/JB