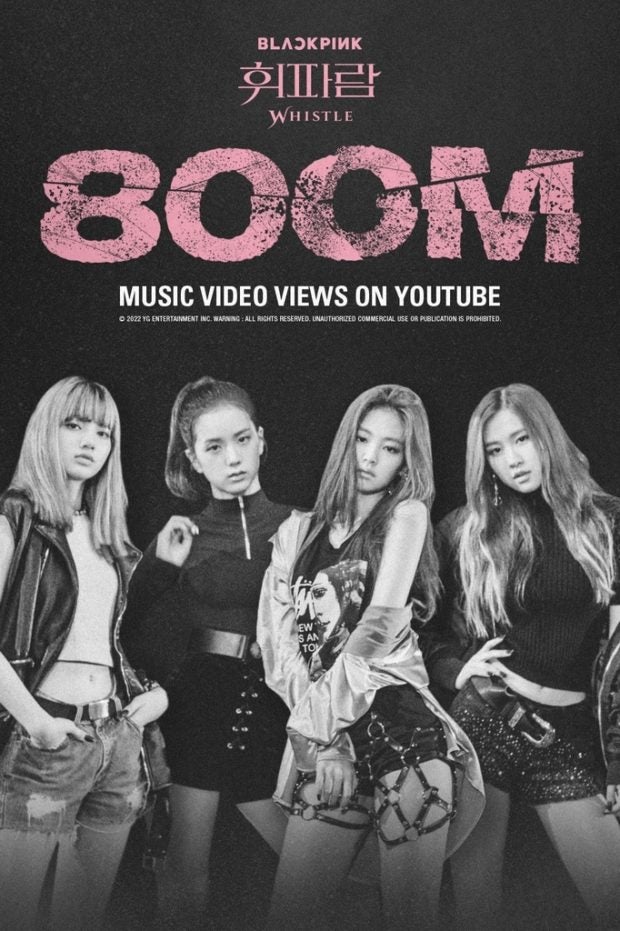 The music video for Blackpink’s debut song “Whistle” reached 800 million views on YouTube on Monday, according to label YG Entertainment on Tuesday.

It is the group’s eighth video to reach the milestone following the videos for songs including “Ddu-du Ddu-du,” “Kill This Love” and “Boombayah.”

“Whistle” is one of the group’s double main tracks from its debut single “Square One” that came out in August 2016.

The quartet is set to release its second full album “Born Pink” on Sept. 16. The album’s pre-release track “Pink Venom” has remained on Billboard’s Hot 100 for two weeks since debuting at no. 22. The single has topped Billboard’s Global 200 and Global Exc. U.S. charts for two weeks in a row, a first for a K-pop girl group. It also topped iTunes top songs charts in 75 regions.