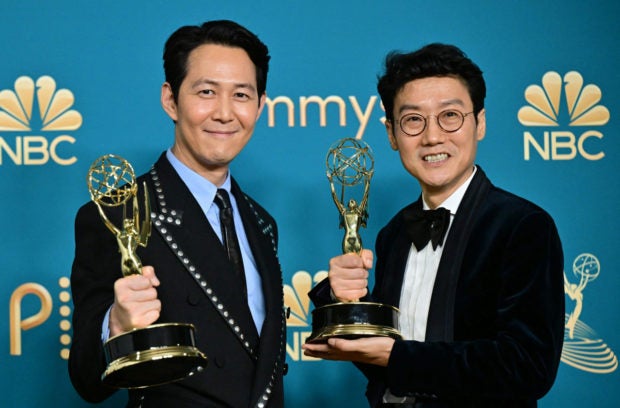 The lead actor and the director of the global hit series “Squid Game” each brought home an Emmy on Tuesday, Sept. 13. 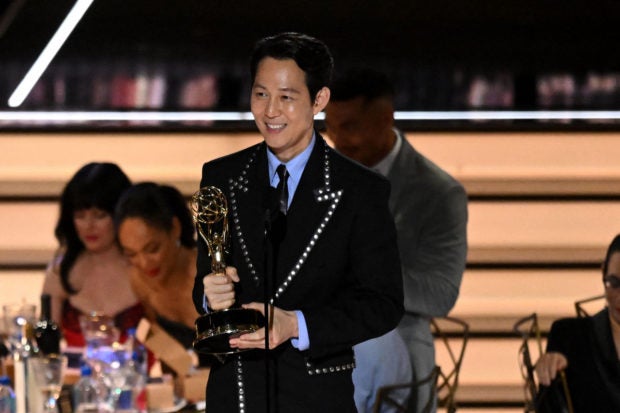 Lee Jung-jae accepts the Emmy for outstanding lead actor in a drama series for “Squid Game” at the 74th Primetime Emmy Awards on Monday at the Microsoft Theater in Los Angeles. Image: AP-Yonhap via The Korea Herald

“Thank you Television Academy and Netflix. And I thank director Hwang Dong-hyuk for making the realistic problems—that we all face—so creatively on the screen with the great script and amazing visuals,” Lee said in his acceptance speech delivered in English.

“Last but not least, I would like to share this moment with all the viewers, friends, family and my precious fans in South Korea. Thank you,” Lee added in Korean.

Lee, who had already won several awards including at the Indie Spirit Awards, Screen Actors Guild Awards and Critics Choice Award, became the second South Korean actor to win in an individual acting category at the Emmys, following his “Squid Game” co-star Lee You-mi, who won the outstanding guest actress in Creative Art Emmys on Sept. 4. 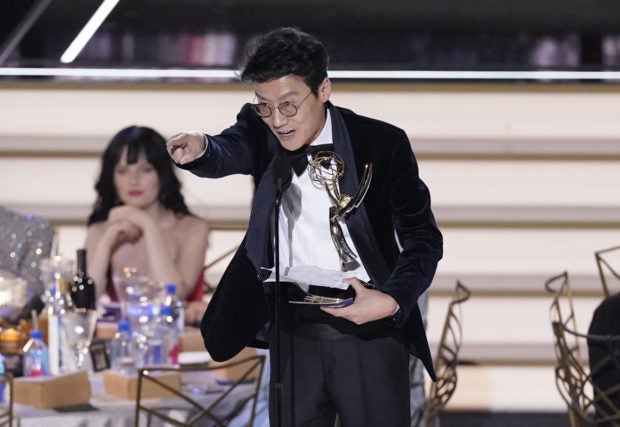 Hwang Dong-hyuk accepts the Emmy for outstanding directing for a drama series for “Squid Game” at the 74th Primetime Emmy Awards on Monday, at the Microsoft Theater in Los Angeles. Image: AP-Yonhap via The Korea Herald

In winning the award for outstanding directing for a drama series, Hwang beat Jason Bateman of “Ozark,” Ben Stiller of “Severance,” Karyn Kusama of “Yellojackets,” and Mark Mylod, Cathy Yan and Lorene Scafaria of “Succession.”

“Since ‘Squid Game’ got 14 nominations in the Emmys and people keep telling me that I made a history. But I don’t think I made the history by myself,” Hwang said, speaking in English.

“It was you, who opened up the door for ‘Squid Game,’ inviting us here tonight at the Emmys. I have to say we made the history together,” the director added.

Hwang said he hoped “Squid Game” would not to be the last non-English series to be nominated at the Emmys, and that this year’s Emmy Awards wouldn’t be his last.

The director was also nominated in another category—outstanding writing for a drama series, but the prize went to British writer Jesse Armstrong of “Succession.” 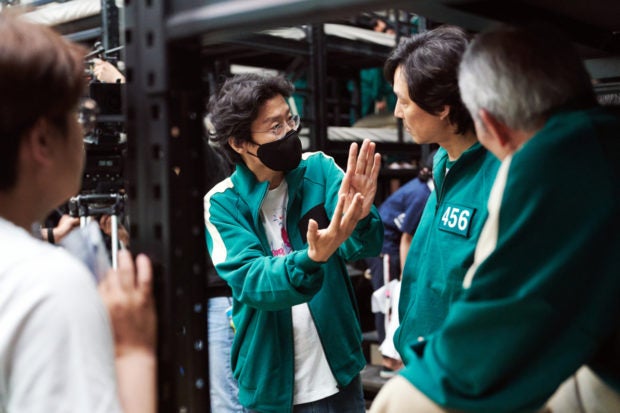 “’Squid Game’ was released before last year’s Chuseok holidays, so it has been almost a year since the series’ premiere. Many unbelievable things have happened. All members of ‘Squid Game,’ including myself, got to have an unforgettable year,” the director said at a press conference with Korean media after the awards ceremony in Los Angeles.

“I think our hard work has come to an end with the Emmy awards. Today was a meaningful day,” Hwang added. 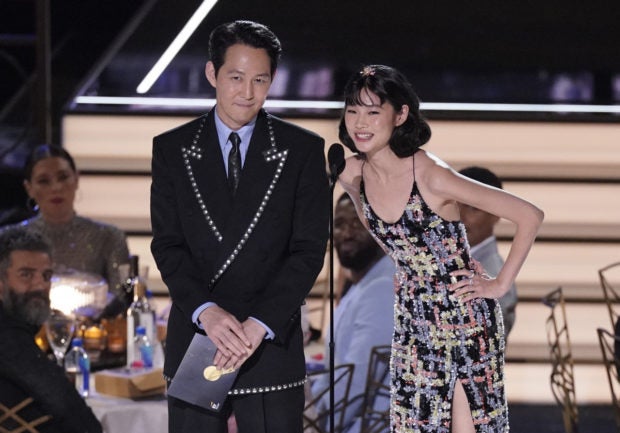 Lee Jung-jae (left) and Jung Ho-yeon present the Emmy for outstanding variety sketch series at the 74th Primetime Emmy Awards on Monday at the Microsoft Theater in Los Angeles. Image: AP-Yonhap via The Korea Herald 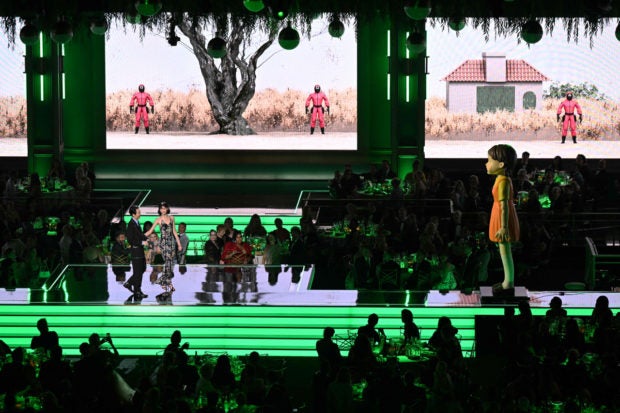 Scenes from “Squid Game” are shown as South Korean actors Lee Jung-jae (left) and Jung Ho-yeon arrive onstage to present the award for outstanding variety sketch series during the 74th Emmy Awards at the Microsoft Theater in Los Angeles, Monday. Image: AFP-Yonhap via The Korea Herald

Meanwhile, “Squid Game” co-stars, including Jung Ho-yeon, Oh Young-soo and Park Hae-soo, who were nominated in the outstanding supporting actress and supporting actor in a drama series categories, did not win.