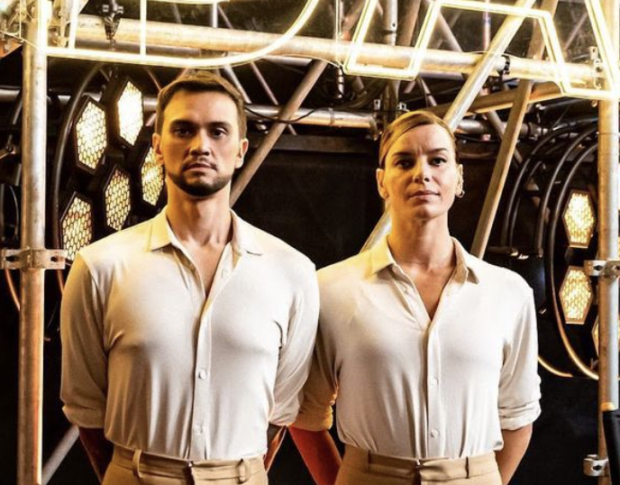 Billy Crawford and his dance partner Fauve Hautot have entered the grand finals of “Danse avec les stars” after receiving an almost perfect score for one of their semi-finals performances.

Crawford and Hautot danced pasodoble to Maneskin’s “Let’s Get It Started”, and rumba to Snow Patrol’s “Chasing Cars,” as seen in an episode of the show on Friday, Nov. 4 (Nov. 5 Philippine time).

For their first performance, three of the four judges gave the pair 10 points, while the other one gave 9. Crawford and Hautot then received 35 points for the second.

Prior to the semi-finals, Crawford extended his gratitude to everyone who became part of his “Danse avec les stars” journey via his Instagram page, also on Friday. The actor-TV host then dedicated his performances to his wife, actress Coleen Garcia, and their son Amari who both returned to the Philippines earlier to attend an “important event.”

“It has been an amazing experience and such a pleasure to dance on a daily basis,” he said. “We will see if I’ll make it to the finals or not but to all the artists, judges, my dance partner who became my sister [Fauve Hautot], pro dancers, prod, TF1, thank you for this blessing and making my job worth loving!”

Crawford also thanked fellow hosts of the noontime show “Tropang LOL” who sent their well-wishes and cheered him on his grand finals journey. 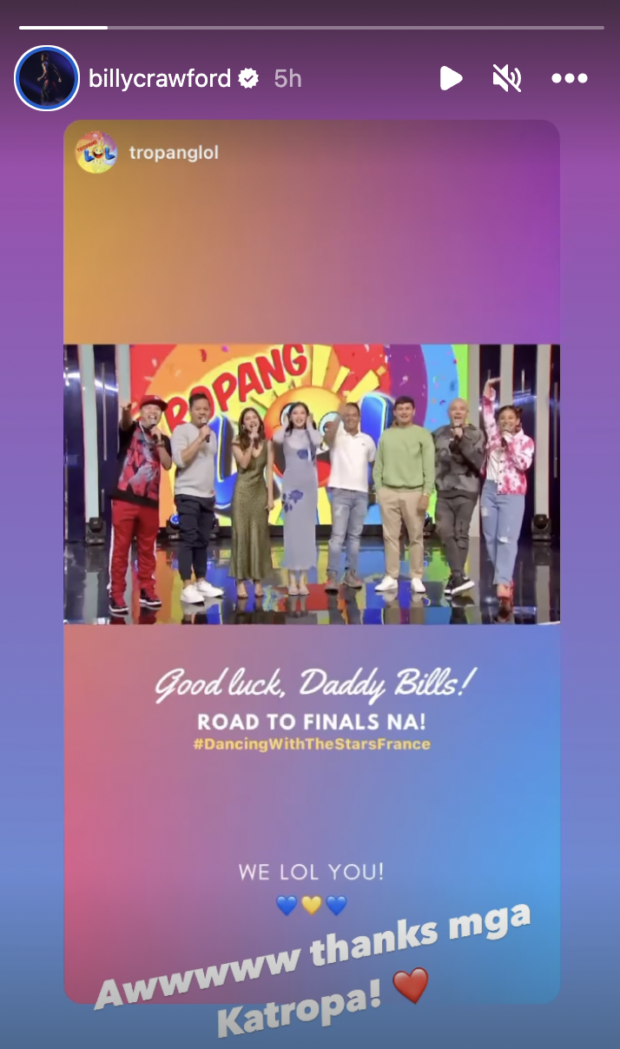 Crawford announced his participation in “Danse avec les stars” last July, admitting at the time that he felt nervous about entering the said contest. He then got off to a good start as he was given a standing ovation by the judges during the show’s pilot episode.

In October, Crawford was accompanied by Garcia as a “mystery dancer” in one of the show’s segments. In the same month, Crawford and Hautot earned the highest score during their weekly performance, making them the top-ranking duo in the contest. EDV

WATCH: Coleen Garcia dances with Billy Crawford in France’s ‘Dancing with the Stars’