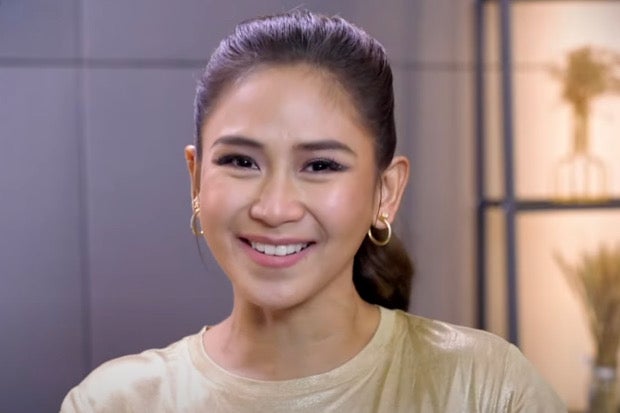 Two years after what seemed a falling-out with her parents Delfin and Divine, Sarah Geronimo addressed them in an open letter, with the singer extending her apologies for recent “life decisions” that affected their relationship.

Geronimo first expressed gratitude to God, her family and fur babies for being her inspiration amid hardships in life, as per her Instagram page on Saturday, Oct. 29. Geronimo, however, appeared to have taken down the post but screenshots of it have been re-uploaded on social media.

(I also want to take this opportunity to ask for forgiveness from my family who I’ve hurt with my decisions in life. Please forgive me. To my parents, you have my endless gratitude for the life you have given me and my siblings. No one can measure up to the support, care and love [you have for us].)

“Mahal na mahal ko kayo daddy at mama ko. Araw-araw ko po kayo nami-miss at naiisip,” she added. (I love you so much, daddy and mom. I miss and think about you everyday.)

The “Tala” singer pointed out the importance of humility as well as acceptance in a family amid differences and varying individual decisions. She also reminded fans to value the time they get to spend with their loved ones.

(It is easy for us to judge and give opinions on other people’s lives. We have no control on what they think [but] what’s important is that [we] know the truth in [our] hearts.)

Geronimo then expressed her love and longing for her family, stating that she is dedicating her musical comeback to them. The singer also thanked her talent manager Vic del Rosario and her fans, dubbed as Popsters, who supported and granted her dream to be a singer and an artist.

(To my Geronimo family, from then until now, you are my inspiration in life. I dedicate to all of you my return to music and the opportunity to give joy and inspiration to other people.) 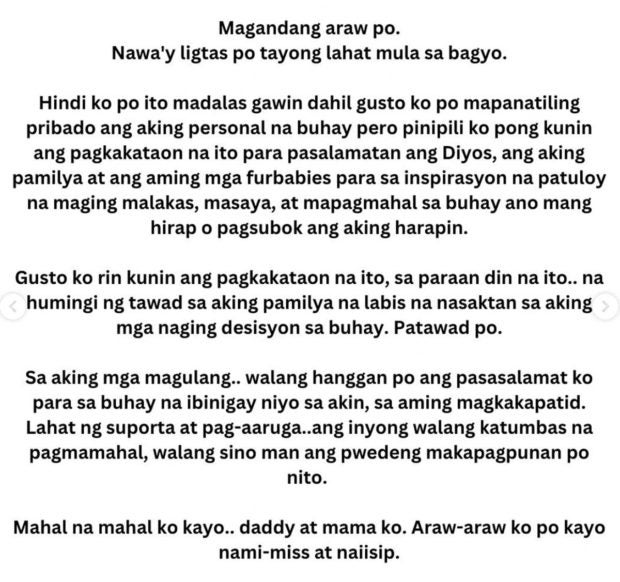 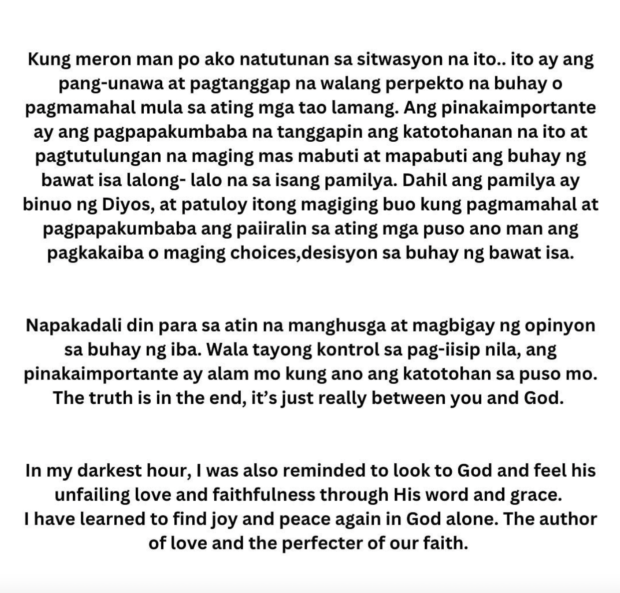 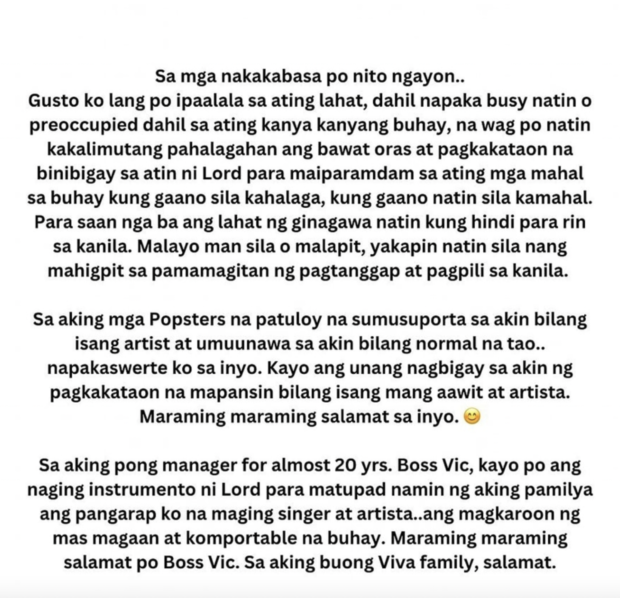 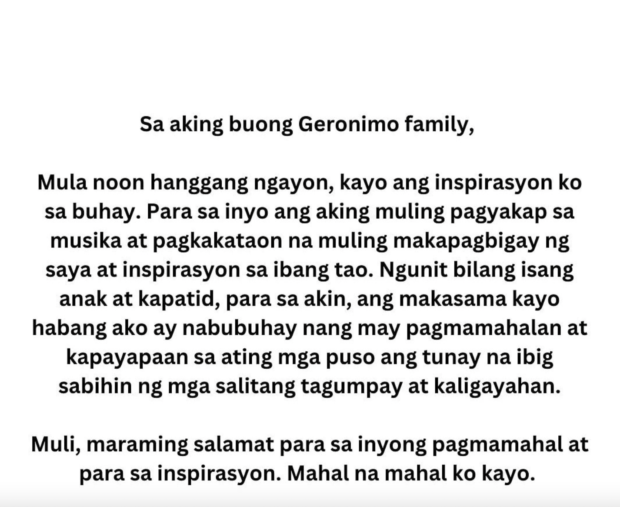 While Geronimo did not mention anything specifically, the singer-actress’ relationship with her mother turned sour with her marriage to actor Matteo Guidicelli. The two wed in secret in a private Christian wedding  in February 2020, but her mother found out about it anyway and stormed into the reception, confronting the couple and guests during the wedding reception.

Claims that Guidicelli punched the pop star’s bodyguard during the event also arose but this was later on denied by the actor in a statement. Despite all this, Guidicelli opened up about his hopes of reconciling with Geronimo’s family, adding that he often imagines dining with them. EDV