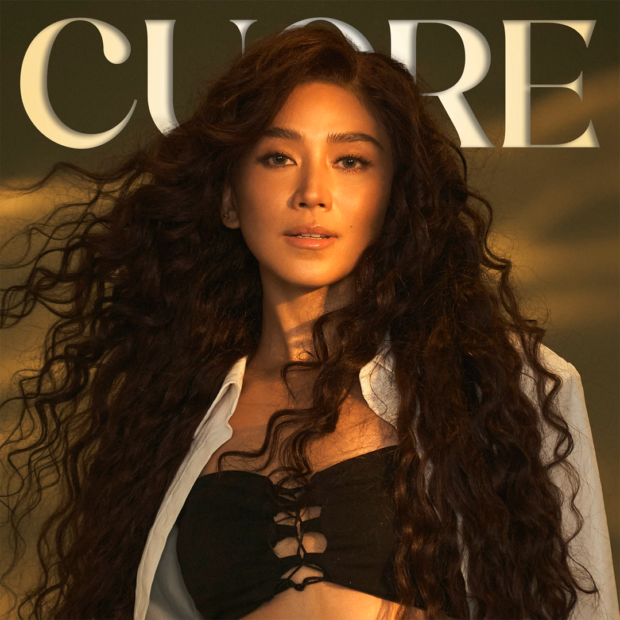 Sarah Geronimo has collaborated with her husband Matteo Guidicelli for her surprise release “Cuore,” which Guidicelli had co-written.

The popstar royalty announced the release of “Cuore” as she thanked fans, known as Popsters, for their support on her Facebook page today, Oct. 28.

“Hi Popsters! Nagustuhan niyo ba ang surprise drop? Salamat sa suporta,” she said. (Hi Popsters! Did you like the suprise drop? Thanks for the support.)

The track, which is currently available on Spotify, iTunes and YouTube, talks about relishing time spent with a loved one without the need for any luxuries. “Cuore” is the Italian word for heart.

“Cuore” was co-written by Matteo alongside his father Gianluca Guidicelli, as well as Thyro Alfaro and Yumi Lacsamana. The song was also produced by Alfaro, under Viva Records and G Productions. 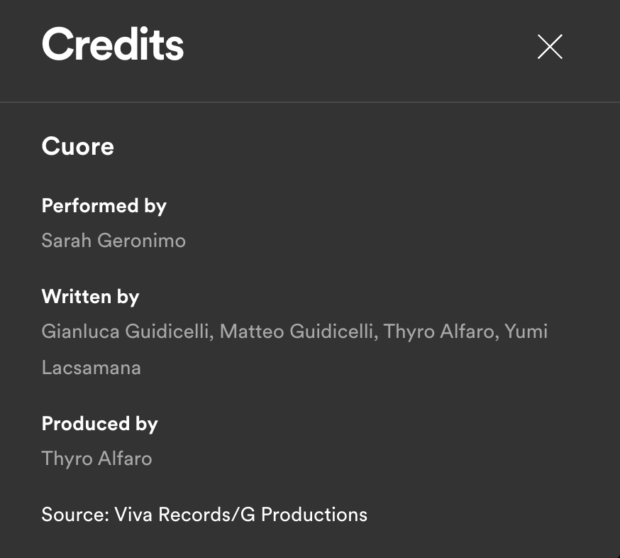 Shortly after the song’s release, the words “Sarah G Cuore” landed on Twitter Philippines’ trending list and is on the No. 4 spot as of this writing.

“Cuore” is the second song released by Geronimo this month, following her track “Dati-Dati” which dropped last Oct. 6. This also comes after the couple’s cover of “The Gift,” which they made in collaboration with the original song’s writer Jim Brickman.  /ra