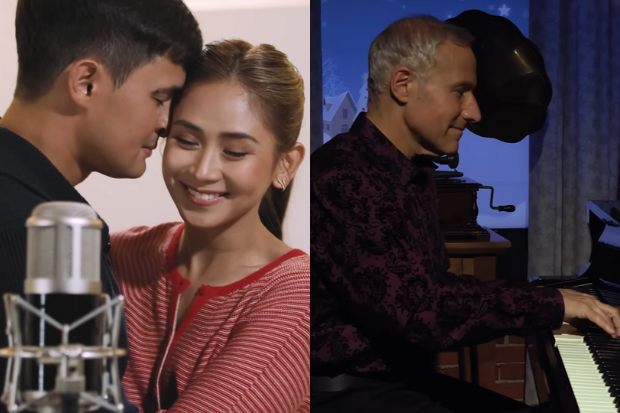 Sarah Geronimo and Matteo Guidicelli have collaborated with American songwriter-recording artist Jim Brickman for a new version of the latter’s song “The Gift.”

The couple’s collaboration with Brickman was released on Geronimo’s YouTube channel last Sunday, Sept. 25. It shows Brickman talking to Geronimo and Guidicelli over the phone and inviting them to sing a “very special version” of “The Gift.”

Geronimo can then be seen belting out the lyrics to the 1997 hit song with Guidicelli at a recording studio while Brickman plays the piano from another location decked with Christmas decorations.

It can be recalled that last March, Brickman invited the couple to a collaboration via a series of Twitter posts. Guidicelli immediately responded and expressed interest in working with the musician.

Aside from “The Gift,” Brickman is also known for the hit songs “Love of My Life,” “Destiny” and “Valentine,” among others. His albums “Peace” and “Faith” also previously earned Grammy award nominations for Best Instrumental and Best New Age Album, respectively.

Meanwhile, Geronimo and Guidicelli, who have been married for two years, marked nine years of togetherness last Sept. 16.  /ra