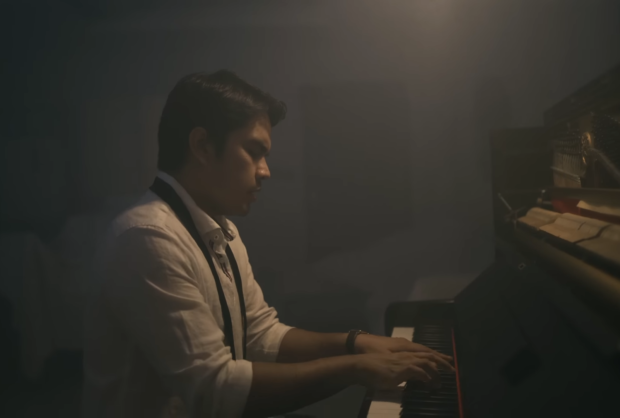 Jason Marvin Hernandez has released another song on regretting a mistake and setting a loved one free, months after his separation from his wife, fellow singer Moira Dela Torre.

The singer-songwriter talked about blaming a loved one for his “weakness” when he was supposed to be the one to “confess” in his song “All I Can Do,” with its music video released on YouTube yesterday, Oct. 26.

“If only I can go back, for even just two weeks / I’d stop myself from wanting all the things I shouldn’t seek / You know I love you with all my heart / But the devil got to me,” he sings.

Hernandez then addressed the loved one, stating they deserve to know the “truth” from him, even if it means setting them free.

“All I Can Do” is Hernandez’s follow-up to the song “Ako Nalang,” which fans speculated to be about his separation from Dela Torre.

In “Ako Nalang,” Hernandez also owned up to a mistake he had committed, and expressed sadness over the end of a relationship. He also stated the song was what “saved him” at a time he was “drowning” in sadness and regret.

Meanwhile, Dela Torre was also hounded by questions on whether her song “Babalik Sa’yo” is linked to her marriage, but she shot down these speculations and told fans they should not be “marupok” (fragile).

Hernandez confirmed his split from Dela Torre last May, with him confessing that he had cheated on the “Paubaya” singer. Dela Torre was initially silent on the issue, but eventually broke her silence to dismiss rumors she had also cheated on him.  /ra