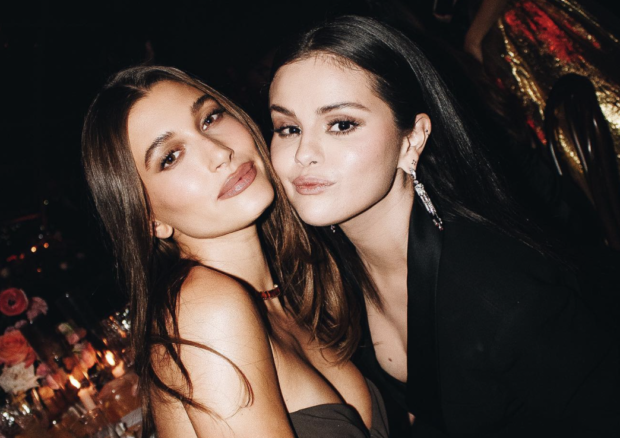 Selena Gomez and Hailey Bieber have taken the internet by storm after they were spotted posing for a photo together at the recently held Academy Museum Gala.

Hailey and Gomez, Canadian pop star Justin Bieber’s wife and ex-girlfriend, appeared to be an effort to quell feud speculations between them as they were all smiles while sitting close to each other, in a photo on photographer Tyrell Hampton’s Instagram page today, Oct. 17.

Gomez and Hailey were also seen in an embrace in a set of photos re-uploaded by fan account @ghostvofyou on its Twitter page.

how to break the internet by selena gomez and hailey bieber: pic.twitter.com/N4OKmNF4qL

This appears to be Gomez and Hailey’s first public interaction after the latter refuted claims that she “stole” Justin from the “Kill Em With Kindness” singer. The American model stressed that Justin was not in a relationship when they started dating, adding that she respects the “history” between the ex-couple.

For her part, Gomez also appeared to reacted to Hailey’s statements by calling out “vile and disgusting” comments from fans, reminding them that “words matter.”

Gomez and Justin were in an on-again, off-again relationship for years until they quite permanently broke things off in 2018. In the same year, Justin and Hailey got married in a civil ceremony, then a church wedding in 2019.

Justin and Hailey first confirmed their relationship in 2016, broke up the same year, then reconciled in 2018. EDV