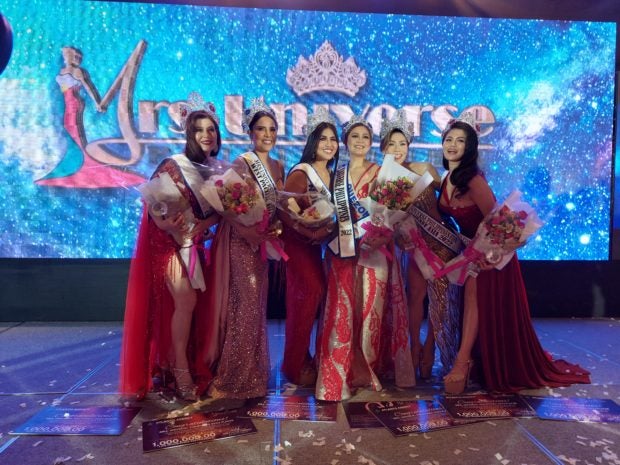 The winners were chosen from a field of 19 married women who participated in the national pageant’s coronation night staged at the grand ballroom of Okada Manila in Parañaque City on Oct. 2, and ended early morning on Oct. 3. 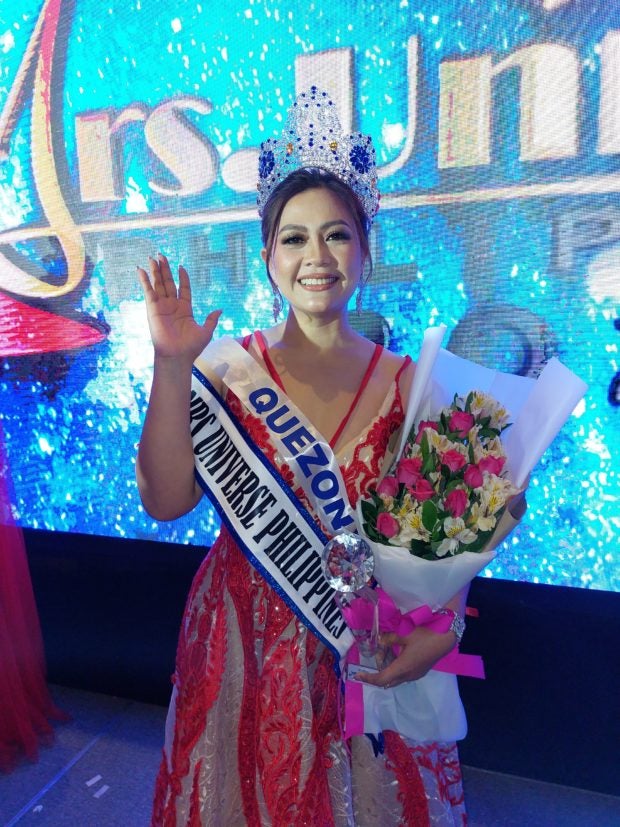 All six of them will compete in the 2022 Mrs. Universe Ltd. pageant in South Korea in December with more than 100 delegates from different parts of the world.

The global tilt is mounted by a Bulgaria-based organization established in 2007. This should not be confused with another contest with a similar name, the Mrs. Universe (Official) pageant, organized by an Australia-based entity that will hold its inaugural edition also in December.

Margie Aquino from Pagadian City was first runner-up, Mar Vargas from Laguna was second runner-up, and Malou Rustia from Mandaluyong City was third runner up.

It was also announced during the program that the Philippines will host the 2023 Mrs. Universe pageant, where more than 100 participants from different parts of the world are expected to take part. EDV