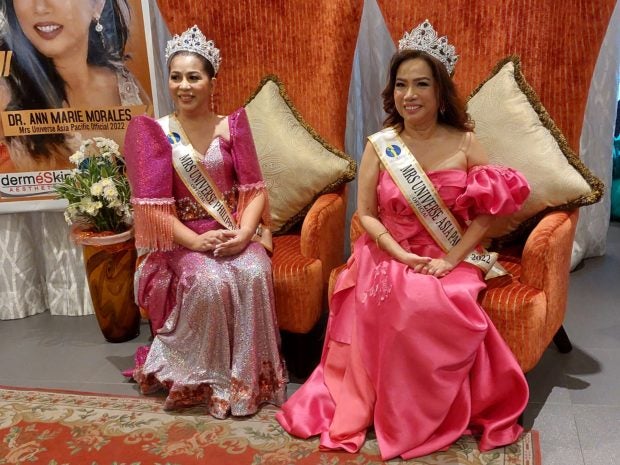 MANILA, Philippines — Two Filipino women will take a break from their motherhood duties to sashay on the international pageant stage. Both accomplished in their own fields, Ellen Poyaoan-Santos and Ann Marie Morales have received their respective national titles which will take them to Australia later this year. 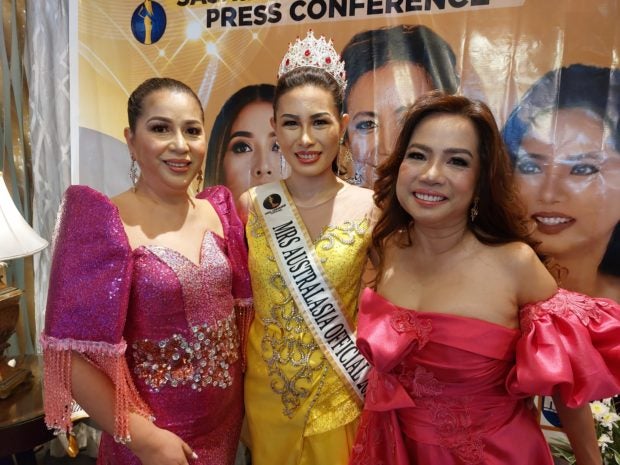 In her stead, Escalante will send two women who are both respective in their circles. Santos and Morales are expected to fly to Sydney for the preliminary events of the Mrs. Universe (Official) pageant, which will culminate in a grand coronation night on Dec. 4.

This should not be confused with the Bulgaria-based Mrs. Universe pageant established in 2007, where another Philippine organization sends the country’s representatives to.

Morales is a 62-year-old civil engineer who received an honorary doctorate. She raised three children on her own ever since her husband’s passing more than a decade ago. Santos, 46, holds a degree in computer science and has earned graduate and honorary post-graduate degrees.

The grand coronation night of the 2022 Mrs. Universe (Official) pageant’s inaugural edition will be staged at the Grand Pavilion of Rosehill Gardens in Australia, on Dec. 4. More than 50 women from all over the world are expected to take part. JB