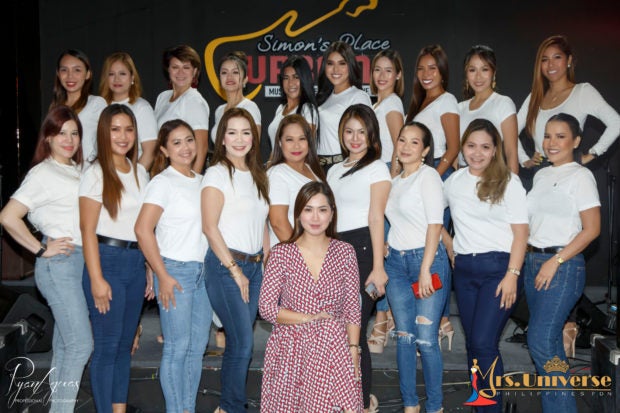 MANILA, Philippines — The Mrs. Universe Philippines Foundation has presented 20 candidates for this year’s staging of its national pageant, all of them aiming to sashay on the international stage for a chance to bring home a global crown. And not only one, but a total of six national titleholders will have this opportunity.

All winners of the six crowns will be proclaimed at the culmination of the coronation night at the grand ballroom of Okada Manila in Parañaque City on Oct. 2. They will all fly to South Korea for the Mrs. Universe Ltd. pageant in December where more than 100 delegates are expected to take part.

The international competition in South Korea is mounted by the Bulgaria-based Mrs. Universe Ltd. established in 2007. Another contest with a similar name is organized by an Australia-based entity and will hold its inaugural edition also in December.

Three runners-up will also be proclaimed aside from the six major winners and three minor titleholders.

The ladies already had their national costume photoshoot at Okada Manila on Sept. 26, under the lens of Ryan Aguas. JB