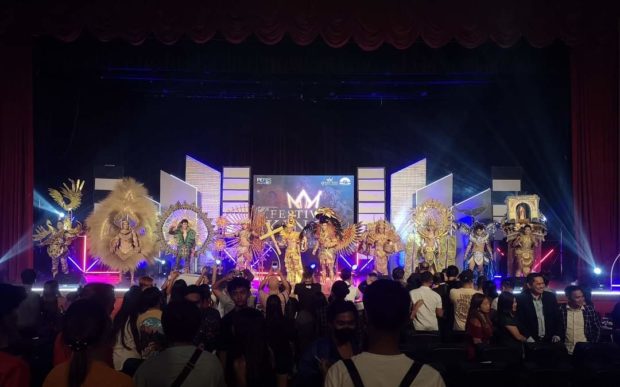 MANILA, Philippines—The national costume competition is one of the most anticipated segments in a pageant, with the demonstration of various cultures, and explosion of colors and creativity. But the Misters of Filipinas contest took it a notch higher by amping up the festivity level of the annual celebration.

Instead of holding a national costume competition for its ninth edition this year, the Misters of Filipinas pageant mounted what it called the “Festival Kings” program where the 2022 delegates each had their own contingent of dancers, and performed together to their respective choreography.

The organizer added that the event is “the biggest and the most visually extravagant costume show of the country’s premier male pageant.” Saturday’s program was dubbed as the inaugural edition of Festival Kings, and is expected to be a regular Misters of Filipinas auxiliary activity.

PEPPS President Carlo Morris Galang told the Inquirer in an earlier interview that the Misters of Filipinas pageant wants to “level up” the national costume competition by showcasing “something different, something new.”

The Festival Kings program also proclaimed the 10 top delegates in their national costume among the roster of 35 aspirants from all over the country and select overseas Filipino communities:

An earlier announcement said this year’s pageant will also crown a representative to the Mister Tourism and Culture Universe contest. But PEPPS Director for Licensing and Expansion Aski Pascual told the Inquirer in an online interview that the 2022 edition will not proclaim a delegate to the said global tilt because 2019 king Vandave Paragas has not competed yet due to the competition’s postponement brought about by the COVID-19 pandemic.

The 2022 Misters of Filipinas grand coronation night will take place at the Newport Performing Arts Theater of Newport World Resorts in Pasay City on Oct. 16.